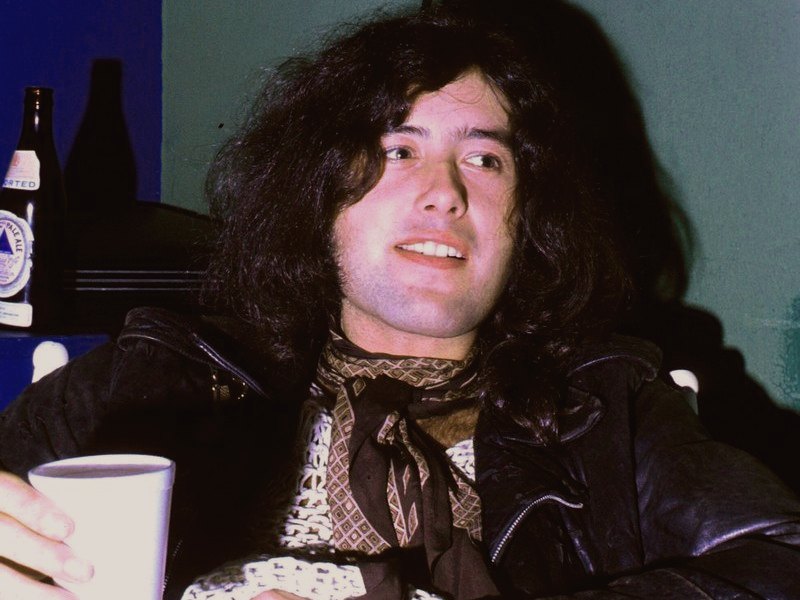 Proof that rock history can usually be found in somebody's closet — seven minutes of amazingly clear fan-shot footage from Led Zeppelin's legendary September 4th, 1970 concert at The Forum in L.A. has been discovered.

The footage, which is now up on YouTube, has been expertly synched with the classic bootleg of the show, titled On Blueberry Hill, and was shot by fan Eddie Vincent, who smuggled his family's windup 8mm Kodak Brownie into the gig, which allowed him to record in 30-second bursts.

Vincent told Classic Rock: “I had really great seats. They were right behind the band. I had seats in the front row, right behind John Bonham's kit. The only problem was that you couldn't really see John because the gong was there, but he came around and chatted to us while they were doing the acoustic set.”

Jimmy Page says that pretty much from the onset of Zeppelin's career, the size of the venues grew to the point that the only place they could satisfy the demand was to play in the open air: “Right from the beginning of it, within a few months, going in to 1969 — we can't supply the demand, that everywhere we play is full. And we start doing repeat nights it was full, full, full. So, when we're doing outside events, it wasn't confined by the four walls and you can see that it was just immense. All the way through — all the way to 1980, we were just getting huge crowds coming in. It just kept appearing to get larger and larger.”

Bassist John Paul Jones told us he's reminded of how great a live band Zeppelin was whenever he's exposed to their concert footage: “The fire in the playing was particularly noticeable, and the cockiness is there. We used to just rip from one song to another and just roar into them at frightening speeds. We were s***t-hot, as the saying goes, and we knew it.”