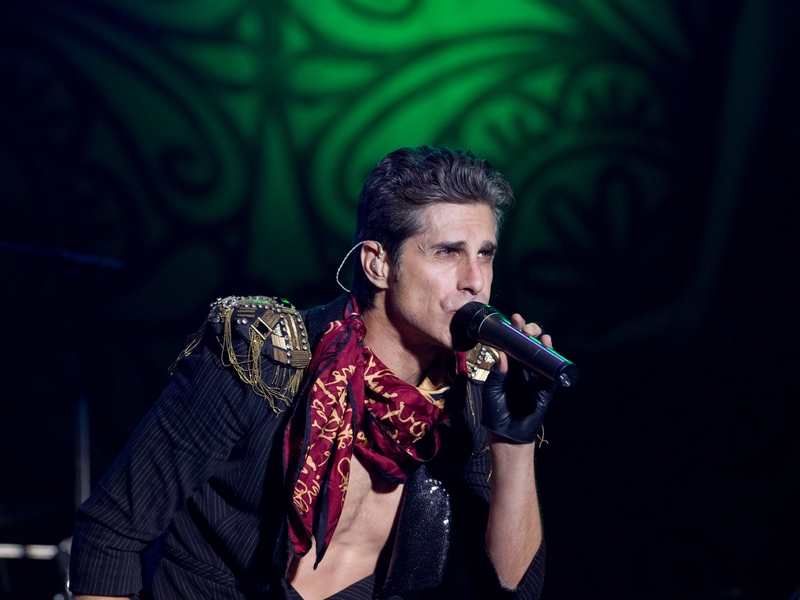 Perry Farrell Credits His Own Record Label For Studio Resurgence

Farrell spoke about the liberation his new Imprint Label has had on his creativity across his musical palatte: “I invited Eric to participate in songwriting, I went up to Johnny Depp‘s place and laid down seven or eight songs. Some of them are Kind Heaven Orchestra, some of them are Porno’s, some of them are Jane’s Addiction. Everybody contributed. Now I have these songs, I hang on to them and to me they’re valuable. I don’t need anyone to tell me what they’re worth. I can put them out at a pace, and it could be six months or eight months or wait a year. If I want to, I can drop one next week, but I wouldn’t. You want to have a grand carriage for your songs. But, I don’t have 50 other things that I have to drop. I can really dress the window myself, because it’s my own store.”

Regarding Jane's Addiction's upcoming tour with Smashing Pumpkins, Farrell said, “We’re building a really well-produced show. A record is one thing but if you’re going to bother to appear then you’re performing, so the performance is going to be incredible. Wardrobe, video, dancers, it’s all going to be there.”

Jane's Addiction will always be based around the electricity generated between Perry Farrell and Dave Navaro. Upon reuniting in 2001, Farrell told us how he and Navaro worked hard at about fixing their broken relationship. “We had a chance to sit down and have a good cry about, he felt I wasn't his friend, and I felt he wasn't my friend. Y'know, friendship is a little bit different than making music together. It really is. There's something, maybe, even higher about making music together and there's something, maybe, more personal about being friends. But I always look forward to playing music with him.”