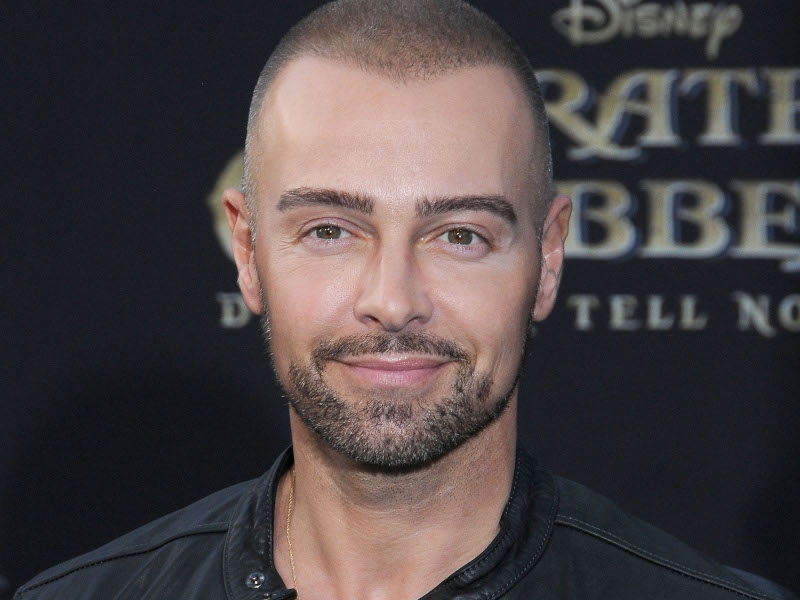 JOEY LAWRENCE AND SAMANTHA COPE ARE EXPECTING: Joey Lawrence and Samantha Cope are expecting a baby. The Blossom alum shared the news on Instagram Wednesday (September 7th). He wrote alongside a photo of himself holding the Insecure actress and her baby bump, “Proud of you babe! Baby Lawrence on the way.” This is the couple’s first child together and Lawrence’s third. He shares two daughters with his ex-wife Chandie Yawn-Nelson.

DAVID A. ARNOLD DEAD AT AGE 54: Comedian, actor, writer and producer David A. Arnold died of natural causes on Wednesday (September 7th). His family issued a statement confirming his death to Deadline, saying, “David passed way peacefully today in his home and doctors have ruled the cause of death due to natural causes. The 54-year-old headlined two Netflix comedy specials, was a writer/producer on Fuller House, and the creator of Nickelodeon’s That Girl Lay Lay.

'BACHELORETTE' CONTESTANT CALLED OUT FOR WEARING BLACKFACE IN YEARBOOK PHOTO: Bachelorette star Erich Schwer is being called out for a recently surfaced high school yearbook photo that shows him wearing blackface. The photo shows the now 29-year-old real estate analyst in an Afro wig and dark makeup. He apologized on Instagram Thursday (September 8th), writing, “I wholeheartedly apologize for the insensitive photo of me in Blackface from my high school yearbook that has been circulating. What I thought at the time was a representation of my love for Jimi Hendrix, was nothing but ignorance. I was naïve to the hurtful implications of my actions to the Black community and those closest to me, and will forever regret my offensive and damaging behavior.”

'THE BOYS' SHOWRUNNER LASHES OUT AT TOXIC FANS: The Boys showrunner Erik Kripke took to Twitter Wednesday (September 7th) in defense of one of his show’s stars. Erin Moriarity, who plays Starlight, recently revealed that she feels “dehumanized” by misogynistic fan comments about her appearance and her character’s actions. Kripke hit back writing, “Hi trolls! One, this is literally the opposite of the show's f***ing message. Two, you're causing pain to real people with real feelings. Be kind. If you can't be kind, then eat a bag of d***s, f**k off to the sun & don't watch #TheBoys, we don't want you.”