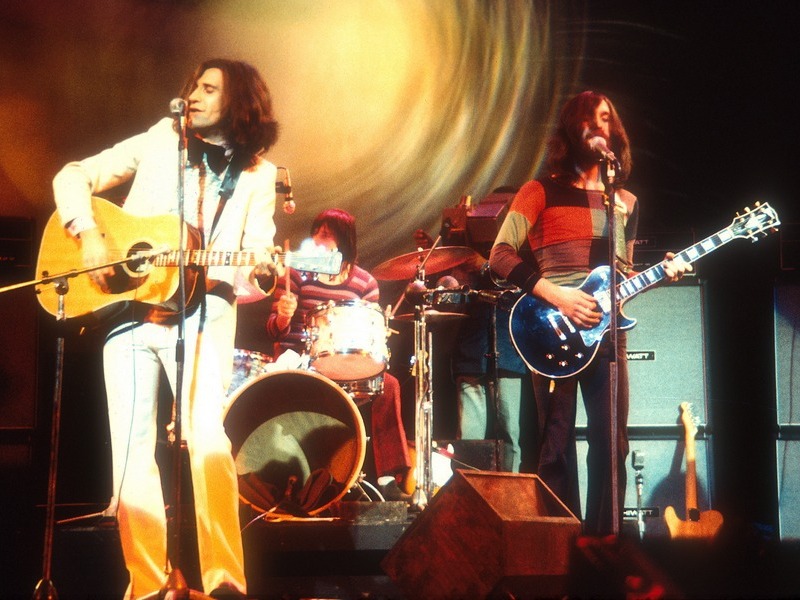 The wait is over for Kinks fans today (September 9th) with the band's massive super deluxe box set featuring 1971's Muswell Hillbillies and the following year's Everybody’s In Show-Biz – Everybody’s A Star — along with assorted outtakes and remixes. The set, which spotlights the band's beloved initial releases for the RCA imprint, is now available as a deluxe box set, along with a double-CD, single-LP, double-LP, and digital versions.

Muswell Hillbillies built upon the success of 1970's Lola Versus Powerman And The Moneygoround, Part One — and played a key role in influencing the burgeoning pub rock scene in Britain, with Everybody’s In Show-Biz – Everybody’s A Star featuring the group's instant classic “Celluloid Heroes” — along with a full album recorded live at Manhattan's Carnegie Hall.

Primary songwriter Ray Davies recalled the period for the Kinks and said in the new package's press release:

Now with a new record company and a new image, I could bring some of the old wild western spirit into my music. These albums capture the re-emergence of the Kinks as a touring band.

Muswell Hillbillies is one-of my favorite Kinks albums. It’s a bit of a backstory to the Davies family and the characters involved.

Ray Davies says that although he’s technically a “singer/songwriter” what he reveals in his songs is just as honest as any other composer — it’s just not always about him: “I find characters to write about and I become those characters. I think that’s the way I write songs. I’m not the central character as a rule. So, people know the Kinks music, and they know Ray Davies songs — but they don’t necessarily know who I am.”

Dave Davies told us that making the move from the London-based Pye Records to the American conglomerate RCA played a role in the Kinks tipping their hat towards their American influences: “Muswell Hillbillies was a big thing for us. RCA were very up for the deal and Muswell Hillbillies virtually kicked it off. I always loved slide guitar anyway, and we came in trying to use a more American-ized technique on the guitars. So, it was a chance to do a lot of things differently — new to us.”

Dave shed light in how he and brother Ray formulated the sound of Everybody’s In Show-Biz – Everybody’s A Star: “The songs came to light — Ray's ideas. . . we sat down and we knew that we were gonna tour America and we want to maximize it. So, we thought we'd. . . gettin' the brass onstage with us may be really helpful musically. The Showbiz album had grown out of just touring America.”