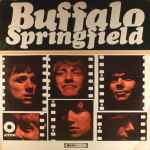 ‘For What It’s Worth’ – Buffalo Springfield

Singer-guitarist Stephen Stills wrote “For What It's Worth,” an ambivalent protest song, after seeing riots on Los Angeles’ famed Sunset Strip. They were caused not by anti-war protests, but rather by aggressive cops attacking hippies hanging around outside a pair of rock clubs, the Whisky A-Go-Go and Pandora's Box. Stills had been living in Nicaragua before coming to Los Angeles. “I saw the Sunset Strip riots – all the kids on one side of the street, all the cops on the other side. In Latin America, that meant there'd be a new government in about a week.”

The song was the band's only real pop hit, staying in the Top 40 for 11 weeks and peaking at Number Seven.

When the song became a hit, Atco re-released Buffalo Springfield‘s debut album of the previous year with “For What It's Worth” added, replacing the now rare “Baby Don’t Scold Me.”

No Stephen Stills song with any of his other groups or solo ever went higher on the charts.

The shimmering guitar sound and minimal drumming made the song stand out at the time. Buffalo Springfield was one of the first rock groups to show a country music influence.

There were murmurs of disapproval from fans when this revered protest song was used by the Master Lock company for a TV ad during the 90s.

Despite the amazing amount of talent in the Buffalo Springfield, the group, formed in 1966, broke up in 1968, victim of bad business luck and squabbles among the members over who should fill what roles.