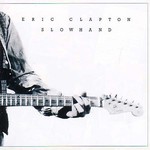 Recorded: May, 1977 at Olympic Studios, London

The Slowhand album, and “Cocaine” in particular, marked Eric Clapton's return to a more aggressive, electric guitar style than he had shown on his solo albums up to that point of the 70s.

Clapton fans immediately noted the similarity between the signature riffs of “Cocaine” and Cream's “Sunshine Of Your Love.”

The lengthy live rendition of the song on Just One Night features an edgy wah-wah solo that almost breaks down at one point.
J.J. Cale, a Tulsa, Oklahoma-based country-blues artist, also wrote the hit “Call Me the Breeze” for Lynyrd Skynyrd and another one of Clapton's best-known hits, the bluesy “After Midnight.” Known as a primary exporter of the “Tulsa sound” – a blend of rock & roll, country, blues and jazz, with its own rustic flavor – Cale has refined a unique homegrown approach to music-making that has earned him a reputation as a stylistic innovator.

Backup singer Yvonne Elliman had played Mary Magdalene in the film and stage versions of Jesus Christ Superstar and was also recording sporadically herself. Following the Slowhand sessions, she left the band to concentrate on solo work.

The other backup singer, Marcy Levy, previously sang with Bob Seger and stayed with Clapton until 1978. She co-wrote the Slowhand hit “Lay Down Sally.” During the early 1990s, she changed her name to Marcella Detroit (after her hometown) and had great success both as a solo performer and with Siobhan Fahey (from the 1980s group Bananarama) in the group Shakespeare's Sister.