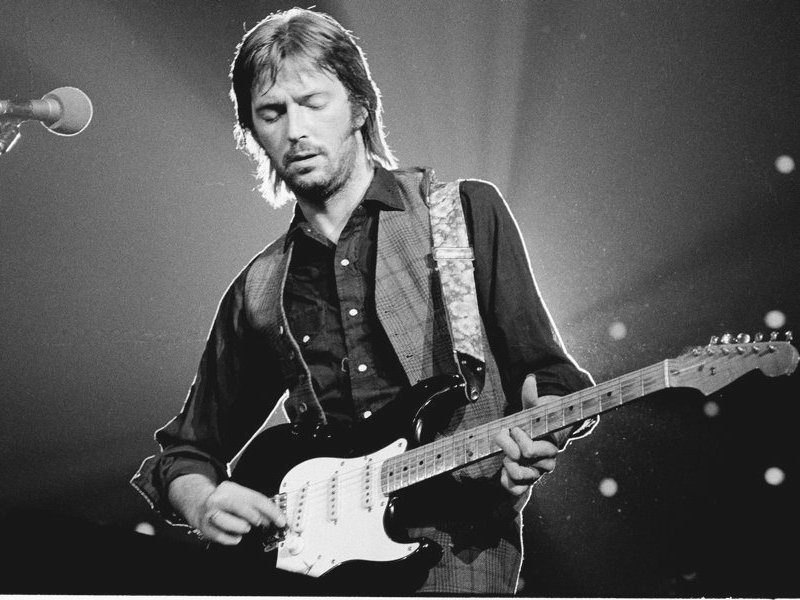 Flashback: Eric Clapton Hits Number One With ‘I Shot The Sheriff’

It was 48 years ago today (September 14th, 1974) that Eric Clapton scored his first Number One hit with his cover of Bob Marley's “I Shot The Sheriff.” The tune, which played a huge role in bringing reggae music into the mainstream, was pulled from Clapton's then-recent 461 Ocean Boulevard album, which hit Number One on the Billboard 200 on August 17th, 1974 and topped the charts for four weeks.

The album coincided with Clapton hitting the road after being sidelined by a crushing heroin habit, which kept him primarily underground throughout the beginning of the decade. Although Eric Clapton has been clean and sober since the late-1980's, his eventual first wife Pattie Boyd joined him on the road in 1974 for the tour supporting his 461 Ocean Boulevard album, during the heights of his partying days.

She told us that compared to the low key, private life she lead with first husband George Harrison, Clapton's world on the road seemed both exciting and pathetic: “This was a world that I knew nothing about. So it was interesting as well, but it seemed to be so endless to me. It didn't really move on much. And we'd always, especially on the road, we'd always meet some really fantastic people, other musicians. Everybody wanted to play with Eric, or meet him, or see him. So it was kind of exciting times as well.”

Clapton never scored another Number One single. The closest he's come thus far is “Tears In Heaven,” his Grammy Award-winning 1992 triubute to his late son Conor.