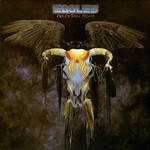 ‘One Of These Nights’ – The Eagles

Producer: The Eagles and Bill Szymczyk

The Eagles album One Of These Nights took three months to produce, which was unusual for them at the time. As production stretched into the winter of 1975, the joke among the Eagles became “one of these nights we might actually finish this thing.”

This was the group's chart-topper, after “Best Of My Love.” It was also the first Eagles single to chart in the U.K., peaking at Number 23.

The album hit Number One on the Billboard 200 chart, and has sold more than five million copies.

There was tension at the sessions when guitarist Bernie Leadon insisted his girlfriend Patti Davis — the daughter of then-California Governor Ronald Reagan — be allowed to sit with him in the studio, which angered the band and contributed to a growing alienation between Leadon and chief songwriters Don Henley and Glenn Frey.

The One Of These Nights album was the fastest-selling Eagles release up to that point, and was responsible for a huge sales jump for the group's other three titles.

The album and subsequent tour were so successful that Time magazine called the group “the top U.S. rock band” in August 1975.

The Time article also featured characterizations of each of the individual Eagles: Frey was “a nocturnal playboy,” Henley an intellectual who “reads Rimbaud,” bassist Randy Meisner a happily married family man, and guitarists Don Felder and Leadon “almost recluses.”

The success of One Of These Nights also got the band onto the cover of Rolling Stone magazine.

“Lyin' Eyes,” another single from One Of These Nights, brought the Eagles a Grammy for Best Pop Vocal Performance by a Group.