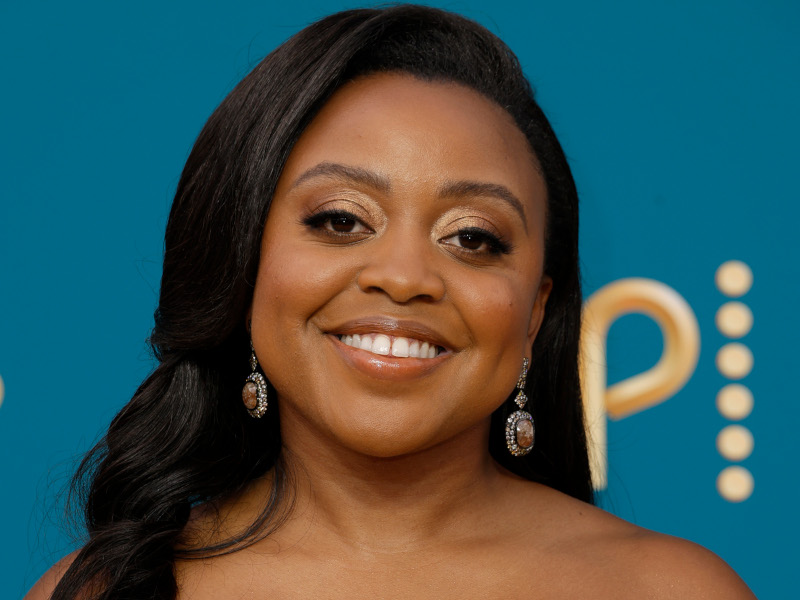 Jimmy Kimmel is facing backlash for his bit with Will Arnett at the Emmy Awards on Monday night (September 12th). Arnett dragged Kimmel to the stage and left him there, saying that Kimmel “couldn’t be here tonight” because he “had gotten into the skinny margaritas” and “passed out.”

People are upset that Kimmel didn’t leave the stage after Abbott Elementary creator Quinta Brunson won the award for Outstanding Writing for a Comedy Series. “Jimmy Kimmel owes Quinta an apology but the messed up part is every image of her accepting her award has his ass in it. White men really are insufferable,” one person wrote.

Another Twitter user commented, “This is a picture of America: white people’s insatiable desire to center themselves in moments of black joy and celebration. They think it’s a joke. We know it’s an addiction and distraction. Sadly, Jimmy’s foolishness is now louder than Quinta’s win. That is whiteness.”

Variety spoke with Brunson following the event. “I don't know. I know Jimmy Kimmel and I felt like the bit didn't bother me that much. I don't know what the internet thinks,” she said. “Jimmy gave me my first late night spot and was one of the first people to see Abbott.”

She added, “I don't know, tomorrow maybe I'll be mad at him. I'm going to be on his show on Wednesday, so I might punch him in the face. We'll see what happens.”