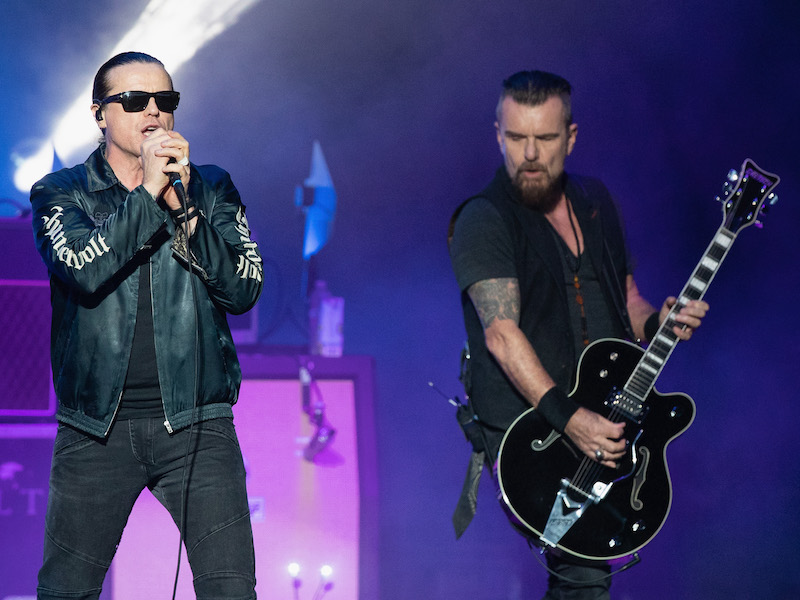 The Cult Drops New Single, LP To Follow Next Month

The Cult has just released “A Cut Inside”, the new single from their latest album, Under The Midnight Sun, which drops on October 7th. The new collection, which marks the band's 11th studio set, and their first since 2016's Hidden City.

The LP was produced by Tom Dalgety — best known for his work with the Pixies, Royal Blood, and Ghost — and will be issued on the Black Hill Records Imprint.

Frontman Ian Asbury told Blabbermouth how the pandemic inspired the new album, which was formulated with producer Tom Dalgety: “When the world stopped, I had this moment to write in real time, to calculate. I was compelled by this vision, this anomaly, this memory, of being under the midnight sun. Tom helped us bring a new musical shape and frequency to our process.”

A while back, Ian Astbury told us that he hopes the Cult offers a sense of positivity and community to fans. “I think there's a lot of violence and anger and aggression out there, there's a lot of people, like, flipping off and saying 'f*** this' and 'f*** that' without really giving any solution. I'd like to think that we've always been a band that's consistently offered lifestyle choices and solutions. We pretty much embrace everybody, anybody that's into us. I don't care whether you come from the hip-hop community, or rock or alternative or dance or whatever. If you embrace what we do, then there's a place for you.”