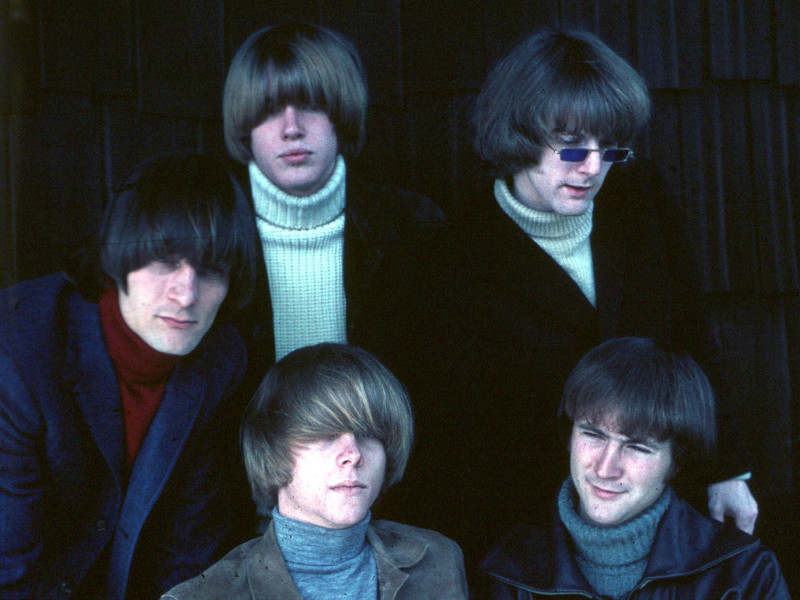 It was 58 years tonight (September 16th, 1964) that the groundbreaking Shindig! first aired on ABC-TV. Shindig! was the first prime-time rock n' roll program to feature live music. The premiere episode featured live performances by the Righteous Brothers, the Everly Brothers, and Sam Cooke performing his version of Bob Dylan's “Blowin' In The Wind.” The show was hosted by Los Angeles DJ Jimmy O'Neill, and included regulars Bobby Sherman, the Wellingtons, and Darlene Love, as well as the Shindigger Dancers. During the show's 16-month-run, Shindig! featured classic performances from the Beatles, the Rolling Stones, the Who, the Ronettes, Leslie Gore, the Beach Boys, and the Turtles, among many others.

Darlene Love performed weekly on the show as part of the Blossoms — the backing singers featured within the Shindig! house band. She says that during the show's run she juggled both a solo career and session work on top of Shindig! duties: “When we taped Shindig!, we had to be at the studio at six o'clock in the morning on our tape day. And it ended up being a four-day job, 'cause we'd go into the recording studio and do the tracks — we put all the backgrounds down of all the singers, or whoever was going to be on the show that week, which would take two days. And then we'd go into the television studio and block. Then the next day we would go in and tape the show. So that was a four-day week, no matter what (else) we did, for two years.”

Mick Jagger admitted that the Beatles' opened all the doors for the Stones by recreating the music business in the early-'60s: “They were both rivals and they were also, I mean, they were also showing the way, 'cause they were the first at this kind of. . . They were kind of trailblazers in a lot of ways, and they went to the United States first, y'know, they showed the way, they were big international stars — because in England, most people have never really been stars outside of England. You had your little patch and that was it. And the Beatles kind of showed you could be big internationally.”

Over 55 years after being pegged the bad boys of rock, Jagger admits that the Rolling Stones were particularly mellow seeing as how crazy the rock world became by the end of the 1960's: “In those days, what the press portrayed as wild, was actually in our world now, quite tame, y'know? But, for those days people were very easily shocked. You've got to remember it was still a very shockable society there wasn't the kind of scandal mongering quite in this way as there is now, which is kind sort of scandal on a daily basis — there's a stable diet of it, I think. But they love scandal, of course, the newspapers, so they used to play it up a lot. So even though we didn't do that many shocking things in the early days (laughs) people were easily shocked.”

Shindig! originally started out as a half-hour show but was expanded to an hour in January of 1965. By the fall of 1965 the show was split into two half-hour programs, which aired on Thursday and Saturday nights.

Shindig! was canceled in January 1966 to make room on ABC's schedule for Batman.