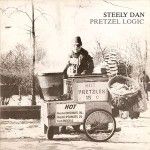 Recorded: Late 1973/early 1974 at the Village Recorder in Los Angeles

“Rikki Don't Lose That Number” was the first single from Steely Dan's third album, Pretzel Logic. It was the band's biggest hit single ever, reaching Number Four on the pop charts.

The Rikki in question was a woman Fagen and guitarist Walter Becker met while they were students at Bard College in upstate New York.

Fagen has denied that the “number” in the title refers to a marijuana joint. “I think that's San Francisco slang, but we didn't know that… The fact is we were simply referring to a phone number, so I think people should take the lyrics more literally and be on the safe side.”

The odd, polyrhythmic sound that precedes the song was played on a flopanda, an instrument similar to the marimba.

The song — particularly the introduction — has been likened to jazz master Horace Silver's “Song For My Father.” Fagen explained, “It was supposed to be a Brazilian bassline, and when (drummer) Jim Gordon saw the chart, he naturally started playing that type of beat.”

Jeff “Skunk” Baxter's guitar solo was played without an amplifier — he just plugged his guitar directly into the board. During the first few attempts, some dropouts appeared on the tape — and when the group sent the tape back to its manufacturer, engineers there discovered that the glitch was caused by mustard that had leaked into the board.

As soon as the song was finished, session pianist Michael Omartian bolted to Las Vegas to get married — but not before Steely Dan toasted the nuptials with an impromptu champagne party in the studio.

The Pretzel Logic album peaked at Number Eight on the Billboard 200 and has sold more than a million copies.

It also marked the last vestiges of Steely Dan as a “band.” Following a tour to promote the album, the group became a session vehicle for Becker and Fagen.