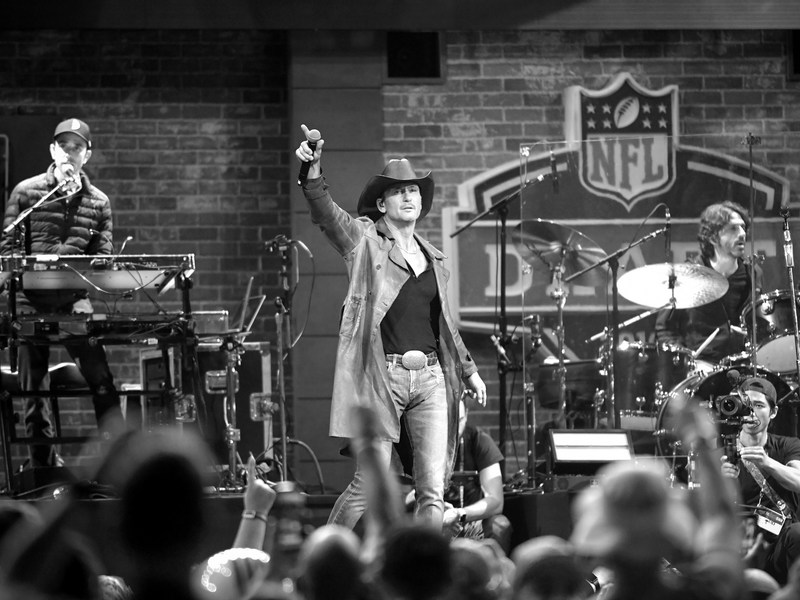 Tim McGraw took a tumble off the stage during his set at Boots In The Park in Tempe, AZ on Saturday (September 17th). He knelt down and motioned to his guitar player who was in the midst of a solo, but when Tim went to stand back up, he lost his balance and fell off the stage. Fan video of the mishap has now gone viral.

Rather than reaching out for help to get back on stage, Tim decided to walk around the floor inside the barricades and greeted his fans.