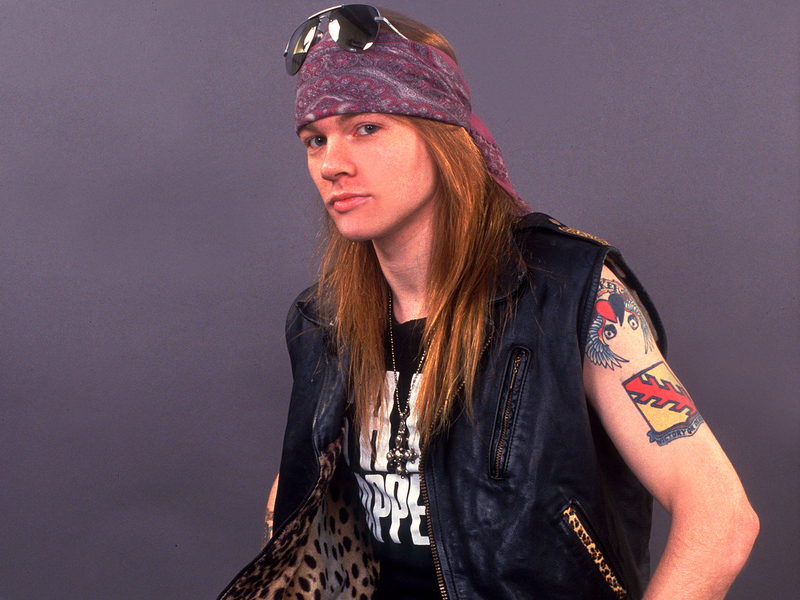 Coming on November 11th is Guns N' Roses' massive super deluxe box set for Use Your Illusion I & II. In addition to the two 1991 albums, the new collection features a whopping 97 tracks, 63 of which are previously unreleased.

Super Deluxe Editions include the complete live audio recording Live In New York, taped at the Ritz Theatre on May 16, 1991, with sound newly mixed from original multi-track tapes. This legendary show is one of three warmup shows for the Use Your Illusion Tour and features Izzy Stradlin on guitar, the original version of “Don't Cry” and a special performance of “You Ain't The First” both of which features the late Shannon Hoon of Blind Melon on guest vocals.

The bonus disc is a Blu-ray Video of the complete Live In New York concert film, newly transferred from 35mm film prints to 4K UHD and presented in 1080p 24fps HD, in its entirety, along with audio mixed in Dolby Atmos, Dolby TrueHD 5.1 surround, and PCM 48kHz 24-bit stereo.

The Blu-ray menu features the brand-new live music video “You Could Be Mine.” This is the first-time release of any complete audio and video concerts from the Use Your Illusion-era GN'R.

For the first-time ever, the single-CD versions of Use Your Illusion I and Use Your Illusion II, both available separately, have been remastered from high-resolution 96kHz 24-bit transfers from the original stereo 1/2-inch analog master tapes onto 44.1kHz 16-bit CD. Use Your Illusion I includes the newly recorded “November Rain (2022 Version)” with a first-ever real 50-piece orchestra.

Gilby Clarke replaced co-founding guitarist Izzy Stradlin's as the second guitarist in Guns N' Roses in 1991 when the band was knee deep in road dates behind the Use Your Illusion collections. A while back, he recalled how it went down upon scoring one of the most coveted gigs in rock: “It was strange at first because when it all happened, I don’t think anyone knew that it was a permanent situation. Y’know, because Izzy left so abruptly, that we really didn’t know if I was just filling in temporarily, or if it was going to go on for a long time. And why had happened was that as time went on — it just became a permanent situation.”

Slash told us that it's a miracle he and fellow Guns member Duff McKagan are even still around after their hard-partying days in the '90s: “We took it basically to the limit. The fact that we're actually sitting here right now is a hard-pressed thing for anybody that's close to us to even fathom. We shouldn't even be here. They should have had us put away a long time ago, and we managed to get through that.”