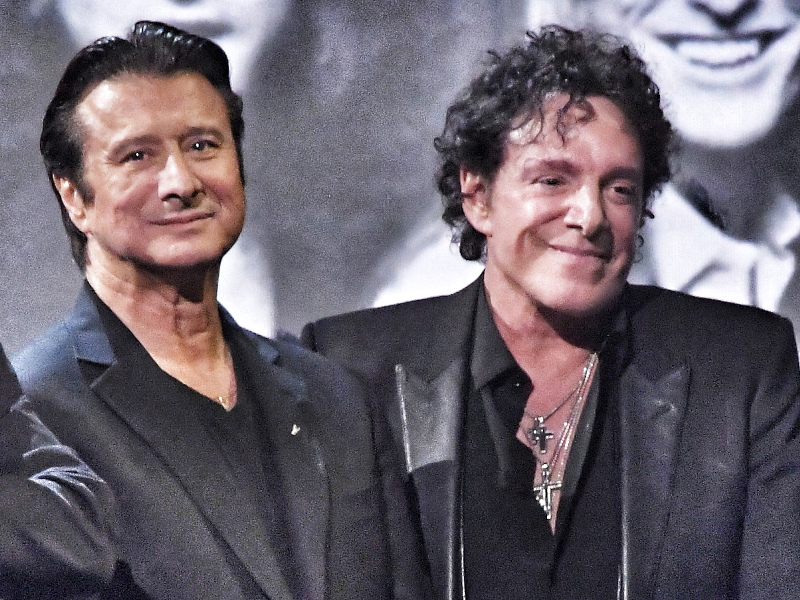 Former-Journey frontman Steve Perry has filed a lawsuit against former bandmates and current Journey members, Neal Schon and Jonathan Cain. The Music Universe reported Perry is suing the pair, “over the use of 20 of the band’s songs as registered trademarks. Between February and May 2022, Schon and Cain were granted trademarks for some of the band’s biggest hits for use on merchandising, such as hats, jackets, shirts, etc., without Perry’s consent.”

According to the report, even if a song was entirely written by only one member of the partners, it “would require unanimous approval and consent by the Partners prior to use, as a trademark or otherwise, on or in connection with any products.”

Perry's filing states in part, that per his legal agreement with the two, “. . . no Partner may authorize, approve or disapprove any use or exploitation, or grant or license any rights in or to any Group Composition(s), in whole or in part, (including, without limitation, the titles thereof) in connection with any Product or otherwise, without the prior, written, unanimous consent of all of the Partners in each instance, and any purported authorization, approval, disapproval, grant, or license in violation hereof shall be deemed void from inception.”

Perry is seeking a cancellation of their trademark registrations, accusing Schon and Cain with “fraud (due to) false or misleading information with the intent to deceive or defraud the USPTO into granting Registrant the Registrations.”

Steve Perry's petition was filed this past September 11th in Woodland Hills, California and specifically cited the following songs: “Any Way You Want It,” “Lovin', Touchin', Squeezin',” “Wheel In The Sky,” “Stone In Love,” “Separate Ways,” “Open Arms,” “I'll Be Alright Without You,” “When You Love A Woman,” “Who's Crying Now, “Raised On Radio,” “Good Morning Girl,” “Only The Young,” “Trial By Fire,” “Stay Awhile,” “Still They Ride,” “Hopelessly In Love,” “Send Her My Love,” “After the Fall,” “Girl Can't Help It,” and “Ask the Lonely.”

This year marks the 45th anniversary of Steve Perry joining Journey. Perry recalled joining the band in 1977 during the recording of the following year's Infinity album and partnering with Neal Schon: “I certainly was the new kid on the block when I joined them, but I was okay with that — bring it on! And wasn't afraid of reachin' and I think we pushed each other. The more I would reach, the more I was demanding on him to do something and the more he would come up with things, the more I'd be demanding him to come up with something that would work with him. It was a very important driving force.”

We asked Steve Perry if over the years when he's heard one of his Journey classics on the radio, he keeps it on or switches it off: “(Laughs) On a good day, I'd listen — on a bad day, I'd turn it off. Sometimes it was too reminiscent and I wasn't ready for it. But sometimes I would listen to it with fresh ears and I would go, 'Wow. That's pretty cool. That's actually (laughs) pretty cool.”