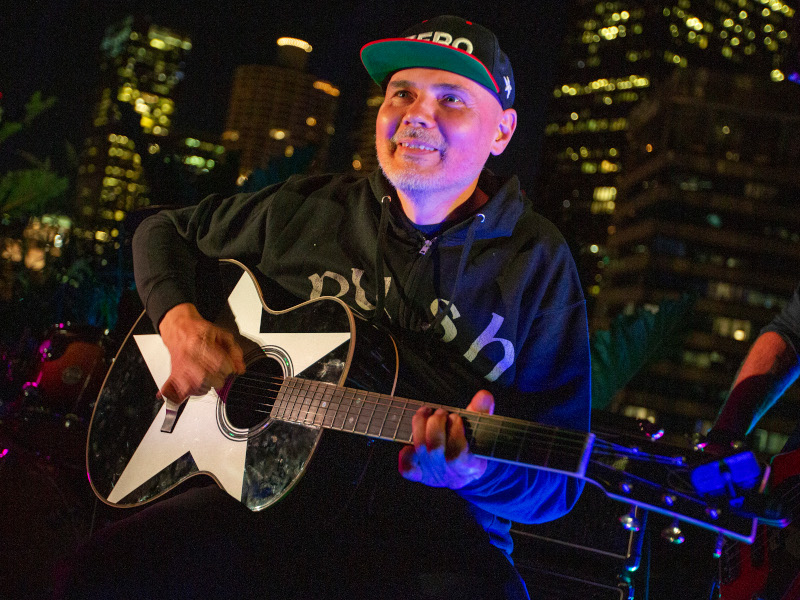 The “three-act rock opera” is part of the trilogy that follows 1995’s Mellon Collie And The Infinite Sadness and 2000’s Machina/Machines Of God. The new 33-track collection will be “revealed chronologically each week on Corgan’s podcast, Thirty-Three with William Patrick Corgan.”

Morgan shed light on his guitar influences to Kerrang!, explaining, “Tony Iommi from Black Sabbath, he's my hero, and Tony wrote those riffs that, when you hear him, it's like a movie. In my mind, I always call it 'Cosmic Sabbath.' When I would listen to Sabbath, I felt like I was peering into the universe. That's the way it made me feel, even as a little kid. So for me a great riff has to kind of make you feel something bigger.”

Corgan went on to say: “There’s the thin line between cartoonish and owning the space. Bands like (Judas) Priest and Sabbath, and even Accept. . . (they all have) something about f***ing owning the metal. It’s like, you’ve gotta believe it.”

Billy Corgan told us a while back that he puts a painstaking amount of effort into every song he records: “I'm more detail-oriented probably than anybody I've worked with. People commonly call it perfectionism, but I feel a little bit like a painter, because as the person who sort of generates the original idea and writes the song, I have to sort of put it all together. So, it's like, if some element is not supporting another element that I'm intrinsically involved in, then there's some part of me getting disappointed.”