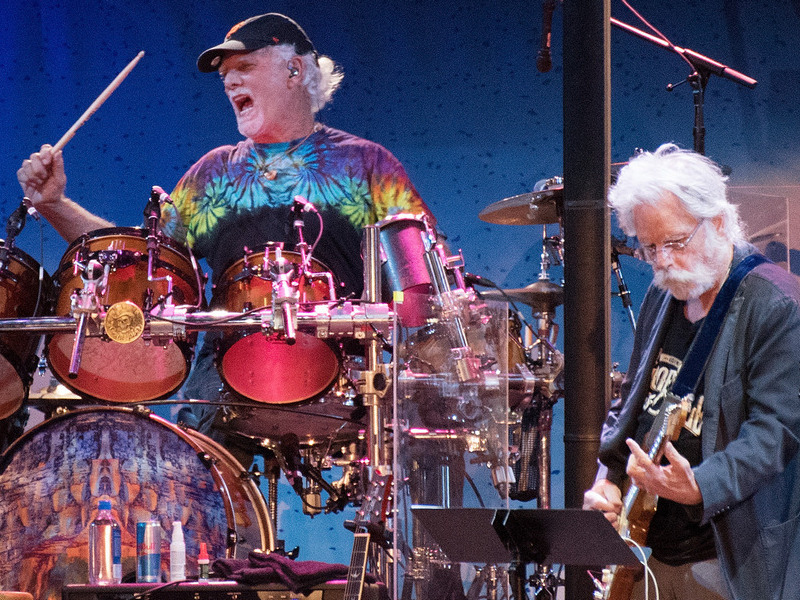 An announcement was posted on Dead & Company's social media sites announcing that next summer's tour will be the band's last. The group was formed back in 2015, and along with Grateful Dead members Bob Weir, Mickey Hart, and Bill Kreutzmann — the band is rounded out with guitarist John Mayer, former-Allman Brothers Band bassist Oteil Burbridge, and longtime RatDog and Dead sideman, keyboardist Jeff Chimenti.

Last April, Rolling Stone had jumped the gun in reported the band was calling it quits after 2022 — but was quickly shot down by both Weir and Kreutzmann.

The band posted a statement across its social media platforms, which reads:

As we put the finishing touches on booking venues, and understanding that word travels fast, we wanted to be the first to let you know that Dead & Company will be hitting the road next summer for what will be our final tour.

Stay tuned for a full list of dates for what will surely be an exciting, celebratory, and heartfelt last run of shows.

With love and appreciation,
Dead & Company

Well it looks like that’s it for this outfit; but don’t worry we will all be out there in one form or another until we drop…

The Grateful Dead always felt timeless from our very beginnings at the Acid Tests where “time” did some funny things so we left it behind altogether. This music will always exist, always evolve, always be the soundtrack of our ever changing lives.

But the form changes. It always has, from when we invited Mickey to join the band to the many shapes and forms it took after Jerry left us. And so it’s almost time for another change.

I have loved this chapter with Dead & Company, as we got to explore The Music with some new interpreters and different antennas, but we always knew it was just a chapter. The Music never stops.

I hope you’ll join us for one final Dead & Company tour next summer and after that… as always… I’m really excited about what comes next.

Thank you all for being with us on this journey. It’s far from over so keep those seat belts on because we’ve got some wild nights ahead.

Bill Kreutzmann believes that although revered by the Dead's audience, one of the primary reasons why the band is so beloved is because they were never larger than life, just happy and proud, working musicians: “We’re people, we weren't gods or anything. I know we’re held in incredibly high esteem — our Deadhead fans, thank you very, very much — but we are just people and we all learned to play an instrument and we got together at the right time. It was synchronicity at its best, I would say.”

Bob Weir, who for years acted as Jerry Garcia's deputy in the Grateful Dead, talked to us about living a lifetime in the band: “This is the only life I've ever known, so it's all I've ever wanted to do, as well. It all seems real natural to me; ringing those lofty bells onstage — I live for that. In the mid-'70s, we decided we were going to start our own record company. In retrospect, we lost a lot of money, we found ourselves carrying briefcases and stuff like that and it was (laughs) — like I say, it was not something I would do again.”

Dead & Company will next perform on January 14th through 17th, 2023 in Riviera Cancun, Mexico at Playing In The Sand.