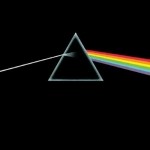 “Money” first appeared on Dark Side Of The Moon, Pink Floyd's concept album about mental imbalance.

Dark Side Of The Moon holds the all-time record for its 736 consecutive weeks on the Billboard 200 chart.

“Money” wasn't released as a single in the U.K. until the 1981 remake, backed with “Let There Be More Light.”

Alan Parsons, assistant engineer on Abbey Road and Let It Be by the Beatles, engineered “Money”. He would go on to success with his own Alan Parsons Project.

The lyrics to “Money,” along with the rest of the lyrics on Dark Side Of The Moon, were penned by singer-bassist Roger Waters, whose sarcastic take on cash was keenly expressed in lines like “Money, so they say/Is the root of all evil today.” Ironically, the members of Pink Floyd all hail from well-off families.

Some distinctive features on “Money” are the sound effects, which include a ringing cash register, the use of the atypical 7/8 time signature, and Dick Parry's saxophone solo. Parry did not record with Pink Floyd again until the 1994 album The Division Bell.

Pink Floyd performed “Money” on its 1994 tour in support of The Division Bell, which marked the first time the group played Dark Side Of The Moon in its entirety in nearly two decades.

Singer-guitarist David Gilmour's remake of “Money” for the hits album A Collection Of Great Dance Songs angered Waters, who had little interest in the project.