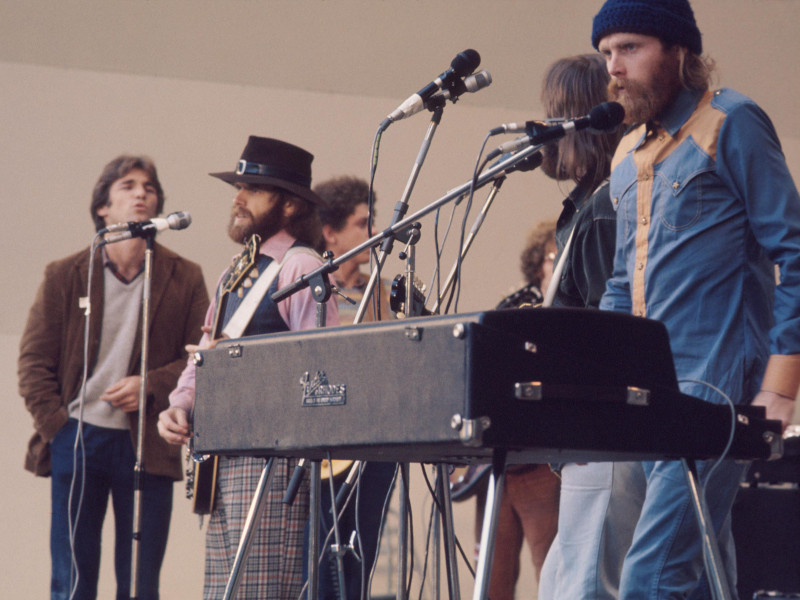 The five-LP set includes a reproduction of the original Holland promotional book telling the story of the making of the album and four collectable lithographs. Sail On Sailor – 1972 will also be available digitally and in abbreviated vinyl and CD versions.

The collection includes remastered versions of the band's 1972 album, Carl And The Passions – “So Tough” and the following year's Holland. In addition to co-founders Brian, Dennis, and Carl Wilson, Mike Love, and Al Jardine, the albums featured the group's then-latest recruits — South African musicians Blondie Chaplin and Ricky Fataar. The pair, along with their band the Flame, had been signed to the Beach Boys' Brother Records imprint.

Among the many draws to the set is the first official release of the Beach Boys' November 23rd, 1972 Carnegie Hall concert featuring all the songs the band tackled over the two shows performed that Thanksgiving in Manhattan.

David Leaf, the author of the just-updated, critically acclaimed biography, God Only Knows: The Story Of Brian Wilson, The Beach Boys And The California Myth, shed light on where the Beach Boys and their fans found themselves in 1972: “We've had two great albums in a row. (1970's) Sunflower, which was probably the best Beach Boys album of the past 50-something years, followed by (1971's) Surf's Up, which is a terrific record — but it suffered from the absence of Dennis Wilson. So Dennis returns for Carl & The Passions, Brian has a role with two great new songs — 'Marcella' and 'You Need A Mess Of Help To Stand Alone.' Blondie Chaplin and Ricky Fattar, who are now official Beach Boys, each contribute songs recorded at a different studio. There's a loving piece ('All This Is That') from Al, Carl, and Mike with great vocals. But the genuine surprise of 1972 is that there are two epic songs from Dennis Wilson. Ending the album with 'Cuddle Up' is just, just spectacular.”

In 1971, legendary Beach Boys photographer Ed Roach had been in Brian Wilson's home studio the day before recording a band he was producing from back home in Brooklyn. He popped by the next day and eavesdropped on history in the making: “When I got to Bellagio (Road), I buzzed the gate, and (Brian's then-wife) Marilyn (Wilson) buzzed me right in. And I could hear right away that Brian was in the studio workin'. And he was in there composing 'Sail On Sailor' with Van Dyke Parks. And I sat down. I sat down on the curb outside the studio, and honestly, I lit up a joint, I sat there — and, gosh — at least a half-an-hour, or 45 minutes, or so, I just sat there on the curb right outside Bellagio listening to him and Van Dyke work. While I sat there listening, obviously, what appears on that demo is what I was listening to Van and Brian record that day.”

Beach Boys producer and archivist Alan Boyd explained how in 1972, then-manager Jack Rieley chose the shake up the band and its Bel Air-based recording operations in order to move the group in a new direction by transplanting them to Holland: “Jack Rieley had this idea — if he could get all the Beach Boys together in unfamiliar, neutral territory, someplace completely different than any place they've ever experienced before, it might foster a sense of group unity and help them create an album that was really an album. As opposed to a collection of whatever songs they happened to have finished (laughs) in time for a deadline — which is basically what Carl & The Passions was. So, he came up with this incredibly ambitious idea to move the whole group to Europe.”

Beach Boys creative consultant and writer Howie Edelson touched upon the band's historic November 1972 Carnegie Hall performances, which are featured for the first time on the new box set: “The Beach Boys' Carnegie Hall shows have always represented a vindication or return to form for the group's legacy. There's no way you can listen to their performances from Thanksgiving night '72 and not be stunned by how incredibly hot and smart this ensemble was. I mean, no other veteran band that was left for dead commercially was able to capture the imagination of not only a whole new audience — but lure their original long gone fans back. The Beach Boys — especially in this era — were really an unstoppable force with creativity just bouncing and sparking off them like mad.”

We asked bandmember Blondie Chaplin what Beach Boys fans made of him and Ricky Fataar not only joining the band onstage and contributing to their albums — but becoming the band's final official members: “In hindsight I thought they — yeah, they didn't mind, for some reason. Y'know, I mean, it's 'Beach Boy,' but, Ricky — he was 21, I was 20. They seemed to like it, but it was that limited amount of time. I don't know, I think people seemed to think it's okay that these two guys from apartheid-ville were hanging out.”

Beach Boys producer and engineer Mark Linett offered up a peak into how the group's massive archives are handled in preparation for reissues and expanded projects such as Sail On Sailor: “We have been slowly digitally archiving all the tapes in the Beach Boys' archives to high-resolution, digital, Pro Tools session. This makes it possible to instantly retrieve anything we've transferred, which is probably about 95 percent of what's there. And as far as these big projects, it means that we already have a very good idea of what's there. We don't have to go pull out a 10-foot-high pile of tapes and do a bunch of transfers.”