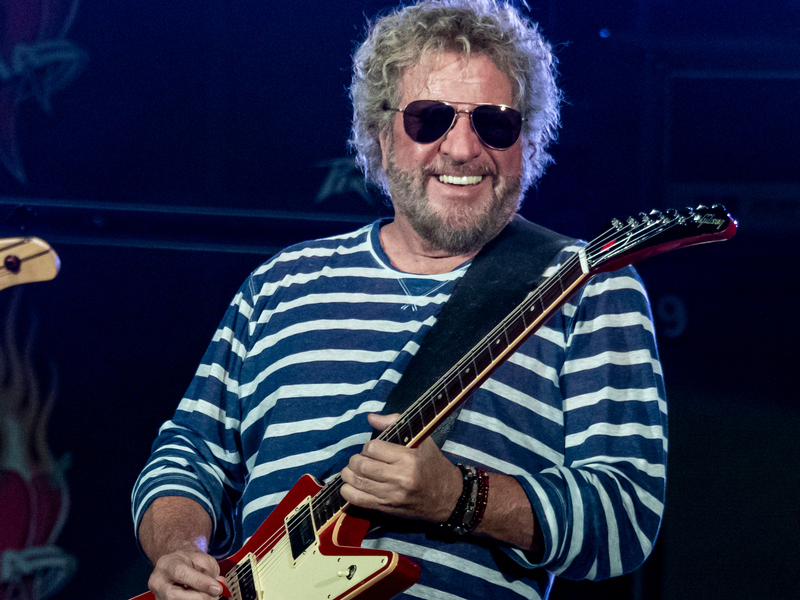 Sammy Hagar admits that he still regrets that a final all-inclusive Van Halen tour with all its past and former members never took place. Hagar and the Circle drop their latest album, Crazy Times, tomorrow (September 30th), and the “Red Rocker” appears in conversation tonight (September 29th) for a career-spanning chat at the Clive Davis Theater at L.A.'s Grammy Museum.

Regarding the “kitchen sink” tour that never was due to Eddie Van Halen's 2020 death, Hagar told Rolling Stone, ” What a shame, huh? I mean, honestly, the shame is that Eddie Van Halen’s no longer with us. That’s the shame. But if we would’ve done that. . . All the damage that I did with my book, the damage Ed did with his actions and his stuff he did in public, and the (Gary) Cherone shenanigans, and the (David Lee) Roth reunions, my reunion. . . That would’ve righted everything, if we would have did that tour. That would have righted everything, and I wanted that so bad. Just to all of us to go, 'We’re clean again. We’re angels. We’re spotless.'”

He went on to say, “I just think it’s crazy to do anything that’s called Van Halen without Eddie. I would love it if Dave wanted to do a tribute where he’d sing ten of his songs, and then I’d come out and do ten of mine. That would be great with Alex (Van Halen) and Mike (Anthony) and maybe a bunch of different guitar players. Look at what Dave (Grohl) just did for Taylor (Hawkins). That’s one of the greatest events in rock history. That’s right up there with the early Farm Aids, and right up there with Live Aid. That was a great event, and that could be done for Ed with everybody playing.”

As to what form a tribute to Eddie Van Halen could take, Hagar said, “I’m thinking of one-off weekend or something where we give the money away to some cause. It can’t just be, 'Hey, we’re going to grab some money.' I got plenty of money. There’s nothing that I would do for money that I just wasn’t in love with the idea of doing. And I’m not in love with the idea of being Van Halen without Eddie Van Halen. 'Matter of fact, I’m dead against it. But I would love to play music with Alex and Mike again. I would love to play those songs again. And if we did a residency or a tribute, I would sing 50/50. I would sing half the Dave songs too for the Van Halen fans. And those songs are great. I don’t mind singing some of them.”

Regarding some type of tribute for Eddie Van Halen, Hagar said: “I think it’s necessary.”

Sammy Hagar has been on both sides of the frontman game — replacing David Lee Roth in Van Halen — along with Extreme's Gary Cherone replacing him in 1996. Hagar told us a while back he sympathized with Cherone accepting what he probably thought was the gig of a lifetime — only to see it go down in flames: “To me, it was inevitable. It didn’t work. Everybody knows it didn’t work. The album was a stiff and the tour didn’t do well — it was just was bad chemistry. Y'know, that coulda happened when I joined the band — but it didn’t because we made a great record. And my career was in a place with 'I Can’t Drive 55,' y'know, I was equal to Van Halen at that time, so, it was a lot easier for the fans to accept that; and even then, it wasn’t totally accepted immediately. Y'know, we had to work hard. It’s a bummer for Gary because it'll probably ruin his whole damn career. Y'know, the guy's a decent singer, but what’s he going to do now? 'Hey, he’s the guy that bombed with Van Halen. (Laughs) Y'know, he’s the guy that. . .' Y'know, that’s not a good handle to have.”