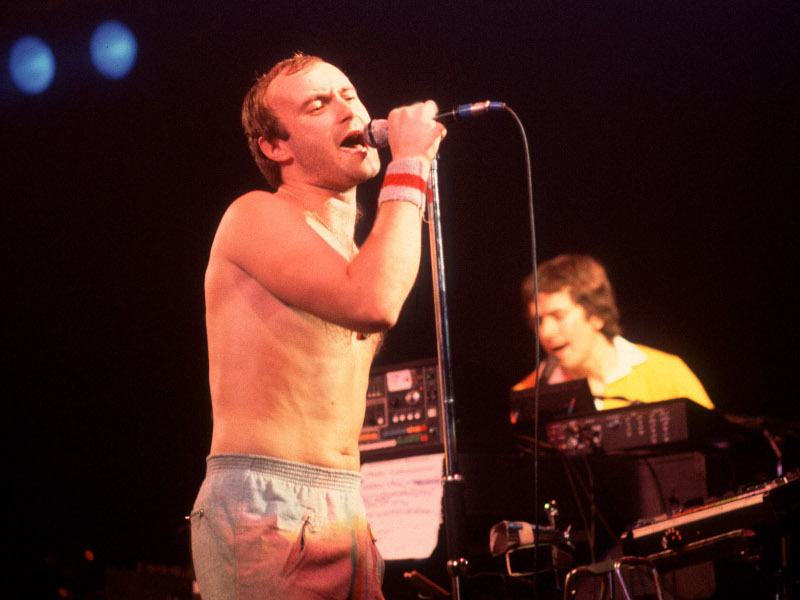 Genesis Sells Off Song Publishing And Masters For $300 Million

Phil Collins and Genesis are the latest artists to cash out their publishing and master recording catalogues for the big bucks, according to Rolling Stone. The $300 million deal with Concord includes the group and solo works of Collins and bandmates Tony Banks and Mike Rutherford from 1975 on — but excludes anything from Peter Gabriel's six-year stint in the band.

Concord president Bob Valentine told The Wall Street Journal, which broke the story, quote, “In the world we live in today with Facebook, Instagram, TikTok, all these things that drive consumption of older music there are definitely ways for us as a record company to bring some of this music back to life.”

Among the classic tunes the new deal includes are such Genesis standards as “Follow You, Follow Me,” “Afterglow,” “No Reply At All,” “Misunderstanding,” “Behind The Lines,” “Turn It On Again,” “Abacab,” “Mama,” “Man On The Corner,” “That's All,” “Paperlate,” “Illegal Alien,” “Invisible Touch,” “Tonight, Tonight, Tonight,” “Land Of Confusion,” “Throwing It All Away,” “In Too Deep,” and “I Can't Dance” — along with such solo hits as Mike + The Mechanics' “Silent Running (On Dangerous Ground),” “The Living Years,” and “All I Need Is A Miracle.”

Perhaps the biggest part of the deal are the copyrights and ownership to Phil Collins' solo hits from the '80s including “In The Air Tonight,” “Easy Lover,” “I Don't Care Anymore,” “Against All Odds,” “One More Night,” “Sussudio,” “Don't Lose My Number,” “Take Me Home,” “Long Long Way To Go,” “Two Hearts,” “Another Day In Paradise,” “I Wish It Would Rain Down,” and “Something Happened On The Way To Heaven,” among others.

In October 2016, Phil Collins published his long-awaited autobiography, Not Dead Yet: The Memoir. We asked him if while writing the book, he learned anything by focusing on his past so intently: “Certainly, with the book, I have to say that I'm astonished at how much I did in the '80s and early-'90s, and can't work out how I managed to fit it all in. I've looked at the tours and how many gigs we did and how many gigs I did and the stuff with Robert Plant and Eric (Clapton); I was just doing something all the time. I mean, it was just album after album — y'know, throw in Phil Bailey and Eric and Robert and Frida (Lyngstad) — y'know, a daunting amount of stuff that I did. So, it's been great fun revisiting that for the book, 'cause, obviously over the years you gather a lot of stories and reasons you did things that people don't know about.”