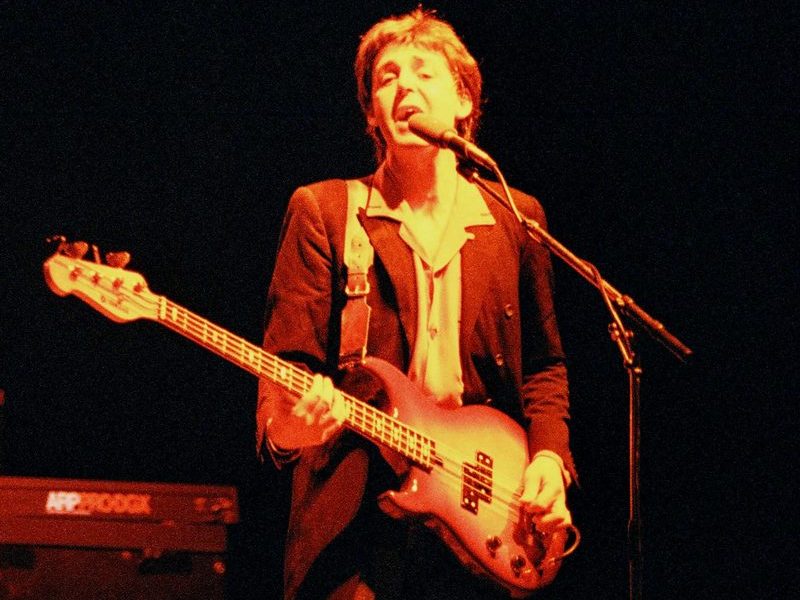 In was 44 years ago today (October 3rd, 1978) that Paul McCartney assembled Rockestra — the largest group of rock legends to record together up to that date. The cream of the rock elite joined Wings to record two tracks for their upcoming Back To The Egg album that day at London's Abbey Road Studios for the instrumental “Rockestra Theme” and “So Glad To See You Here.” Rockestra consisted of the Who's Pete Townshend and Kenney Jones, Pink Floyd's David Gilmour, Procol Harum's Gary Brooker, the Faces' Ronnie Lane, the Attractions' Bruce Thomas, and Led Zeppelin's John Paul Jones and John Bonham, among others.

Among those invited that couldn't make the session were Ringo Starr, Eric Clapton, Jeff Beck, and Jimmy Page — who never showed despite his amplifier making the session. Keith Moon had been asked to participate but had died less than a month before.

Despite “Rockestra Theme” being a guitar-based riff, Wings guitarist Laurence Juber recalled that McCartney often had guitarists shy away from their more obvious blues-inspired lead work while in Wings: “Where Paul wouldn't really go was into that kind of extended bluesy lead guitar solo. Now he'll go there more readily as part of the stage show; but then — I won't say that it was an area not to go, but it was an area to maybe hint at. Y'know, so I needed to be inventive. And he drove me to be inventive.”

Paul McCartney explained that despite rock becoming more compartmentalized in the 1970's, variety was still the key element to his music: “Y'know, I'm not kind of into that, 'this is what I do — one specific kind of thing.' Sometimes I sort of think, 'Well, maybe I should kind of get it all together into one kind of music form, so we come on and play one kind of thing.' But I'm not like — that's not me, y'know? It never ends up like that with me. It always ends up a touch of this, a touch of that, 'touch of that, c'mon, let's have a laugh, get y'hands together, and we'll have a touch of that.”

The day after the supergroup session, McCartney, wife Linda McCartney, and Wings co-founder Denny Laine returned to Abbey Road to fine tune the tracks and add vocals to “So Glad To See You Here.”

Rockestra performed together only once, when most of the players regrouped on December 29th, 1979 at the closing night of The Concerts For The People Of Kampuchea benefit at London's Hammersmith Odeon. The group joined Wings at the end of their set and performed Little Richard's “Lucille,” “Let It Be,” and two versions of “Rockestra Theme.”