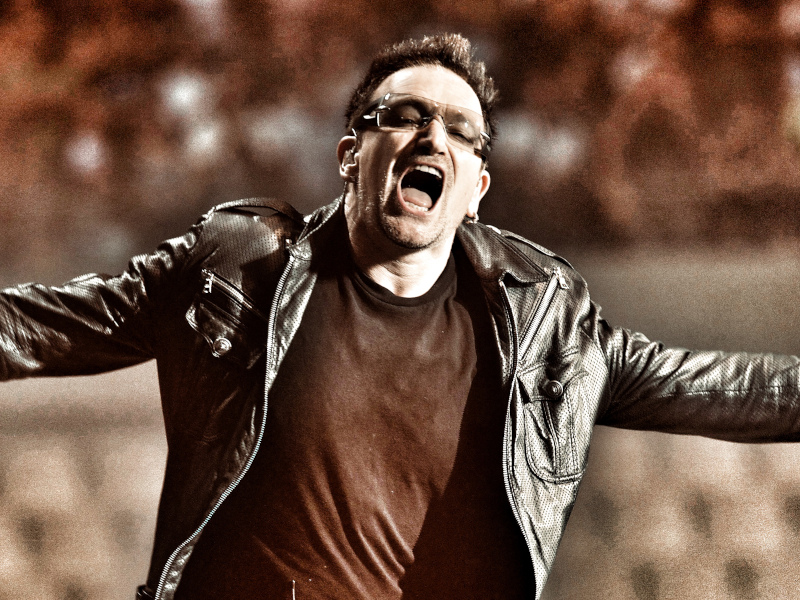 Bono will hit the stage next month in North America “for an evening of words, music and some mischief” as he promotes his new memoir Surrender: 40 Songs, One Story, which will be published on November 1st. On this side of the Atlantic, Bono is set for theatre chats in New York City, Boston, Toronto, Chicago, Nashville, San Francisco, and Los Angeles.

Tickets go on sale this Friday, October 7th at 10 a.m. local time — with a copy of the book included with every ticket sold.

Bono explained that at the end of the day it's the connection between his music and the listeners that makes it matter: “That is, y'know, (laughs) my drug of choice. That's for me, the thing. I cannot believe you hear this melody line in your head and you, sort of, take it down and you find words for it and arrangement for it — and the next thing y'know, you can be in a car in Tokyo, and it's on the radio. That's really my, my drug of choice. And songs are everything, really, to us.”