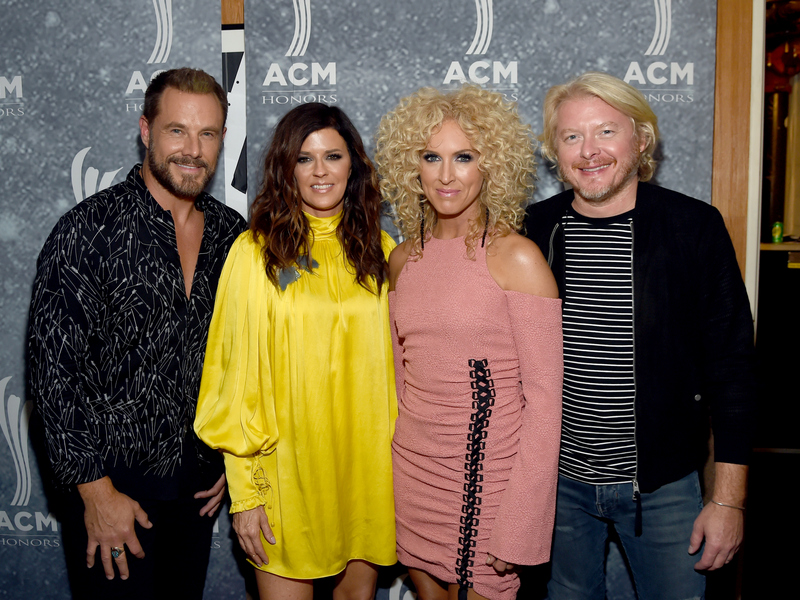 It’s a good week for Little Big Town. Their new album, Mr. Sun officially debuted as the year’s Top Country Album by a group. That’s in addition to  taking over the #1 spot as the current Country album in pure album sales. Karen Fairchild tells us more about the album: [“‘Mr. Sun’ is the title track of the record, and it’s a song that we didn’t write. Sarah Buxton and Daniel Tashian wrote this song. Daniel sent it to me one day and when I heard it, I was like ‘Wow,’ there’s the title of the record you know, we were trying to find something that really encapsulated the whole vibe of the record, and ‘Mr. Sun,’ although it sounds like it’s gonna be a happy song, it’s actually a very melancholy song, and beautiful guitar work on this song  and kinda old school 70s harmonies, but it’s a song about asking sun not to shine because his girl is gone and he can’t take it today, and we really loved the way that fit in the whole like sunnier vibe of what this whole record is about. You got your ‘Rich Man’ and ‘Friends of Mine’ and these songs that really remind us of things that are important in life and also you know heartache is a part of it as well and learning to let go, so that’s the way that ‘Mr. Sun’ fits in on being the title track of our tenth studio record.”] SOUNDCUE 1:13 (OC: tenth studio album)