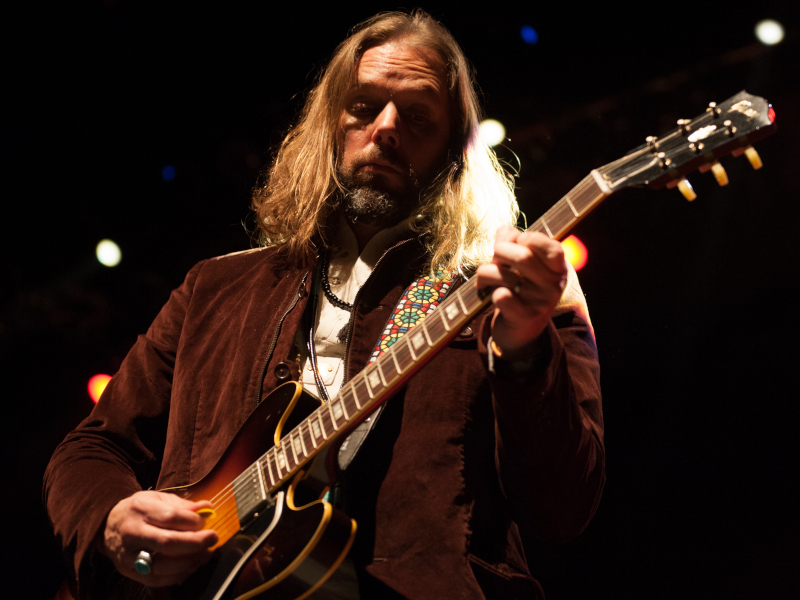 Black Crowes guitarist Rich Robinson will lead two all-star benefit concerts saluting the 40th anniversary of R.E.M.'s debut EP, Chronic Town. Rolling Stone reported, "The two-night event, set to be hosted in Georgia on December 14th and 15th, will double as a benefit show with proceeds going towards Planned Parenthood. The concert will spend its first night at the 40 Watt Club in Athens and its second at the Coca-Cola Roxy in Atlanta." Both shows will feature the classic 1982 EP performed in its entirety.

Rich Robinson said in a statement: "Growing up in Atlanta in the 1980's, R.E.M. was the preeminent band of that era. Their music was a huge influence not only on the Atlanta music scene but also on my brother and me. I’m so happy to be able to put together this celebration for a band that meant so much to us and music, and Chronic Town is what started it all.”

Contrary to popular belief, Rich Robinson and his older brother, Chris, were not retro-obsessed Southern rock apostles while growing up: ["Chris and I never sat down and said, 'We're gonna be in a band.' Like, we just started doin' it. We went through our little punk rock phase for about six months, and then it's easy to grow out of that — 'cause we grew up in a really rich musical household, 'cause of my dad. So once we started getting into R.E.M., which spoke to us, 'cause we weren't into southern rock. We never associated ourselves with that. R.E.M. spoke to us, more because it was so unique sounding. When I first heard 'Radio Free Europe' on the radio, I was like. . . I'd never heard anything like that."] SOUNDCUE (:32 OC: . . . anything like that)