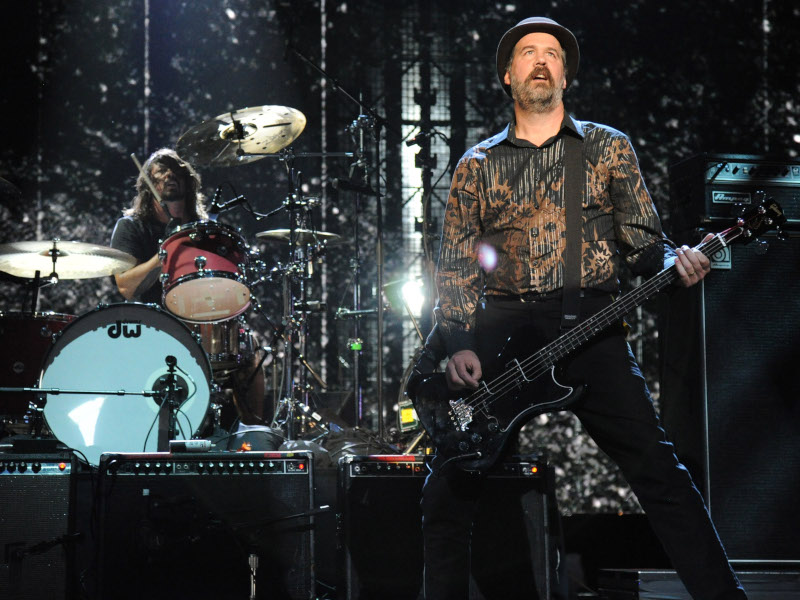 Nirvana bassist Krist Novoselic shed light on his time with the band and helping formulate Kurt Cobain's musical ideas. During a chat with Rick Beato's on his podcast In the Room With Nirvana And Soundgarden, Novoselic explained, "He'd have these riffs, and he just kind of started playing them. And we would just say, 'Okay, that's a cool riff.' Then I'd have an idea, an impression of the song like, 'This is what the song needs. This is not me as a bass player. This is what I want to do for the song.' What the song is demanding of me, or asking."

He went on to say, "It's all for the song. 'About A Girl' for example — (Kurt) listened to Meet The Beatles. He was in his little apartment in Olympia, and he listened to that record over and over again one night, and he just wrote that song. And I go, 'Well, I know what that needs on bass. It's as plain as day.' I just played this little bouncy bass thing."

He offered up some advice to aspiring bass players, telling them to hone in on the song's lead vocals: "I would just follow along on it. I didn't necessarily follow what the guitar is doing. I'd listen to the vocal melody and just kind of triangulate, play off the vocal. And then you'd get a bigger sound that way."

Krist Novoselic told us that it was the band's own belief in the power of music that attracted people to them right from the start. ["Nirvana always listened to music or always wanted to connect with something, and the best music is music that you connect with in a way that you can't really put your — you just emotionally connect with it. So if we were projecting anything like that, people caught onto it."] SOUNDCUE (:15 OC: . . . caught onto it)