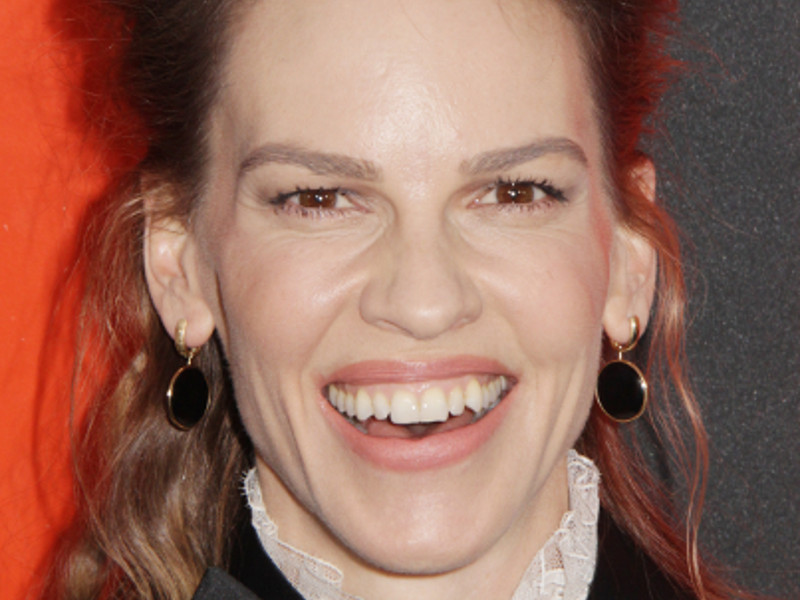 HILARY SWANK IS EXPECTING TWINS: Hilary Swank is pregnant with twins! The 48-year-old Oscar winner announced on Good Morning America Wednesday (October 5th) that she and her husband Philip Schneider are expecting. The Million Dollar Baby star said, “This is something that I’ve been wanting for a long time and my next things is I’m gonna be a mom, and not just of one, but of two. I can’t believe it. ” She and Schneider have been married since August 2018.

DANE COOK ADDRESSES RELATIONSHIP AGE GAP IN COMEDY SPECIAL: Dane Cook addresses the 27-year age gap between him and his fiancée in his new stand-up special, Dane Cook: Above It All. The 50-year-old comedian told E! News Tuesday (October 4th), “We have a bit of an age difference, so it’s in the show, it’s in the show. If we can’t laugh at it, then nobody else is allowed. The Good Luck Chuck actor proposed to 23-year-old Kelsi Taylor in July after five years of dating.

GEENA DAVIS REFLECTS FONDLY ON MARRIAGE TO JEFF GOLDBLUM: Geena Davis reflects fondly on her marriage to Jeff Goldblum in her forthcoming memoir Dying of Politeness. The couple met on the set of 1985’s Transylvania 6-5000 and went on to star in The Fly and Earth Girls Are Easy together. The Thelma & Louise star told People, “Our relationship was joyful. It really was. That was a magical chapter in my life,”

KYLIE JENNER SHARES GLIMPSE OF SON: Kylie Jenner gave fans a peak at her 8-month-old son Wednesday (October 5th). A photo posted within a carousel of Instagram images showed the little guy’s feet as he lounged with his mother by the pool while another showed his tiny brown sneakers. Jenner and Travis Scott have yet to publicly reveal the name of their child since changing it from Wolf.