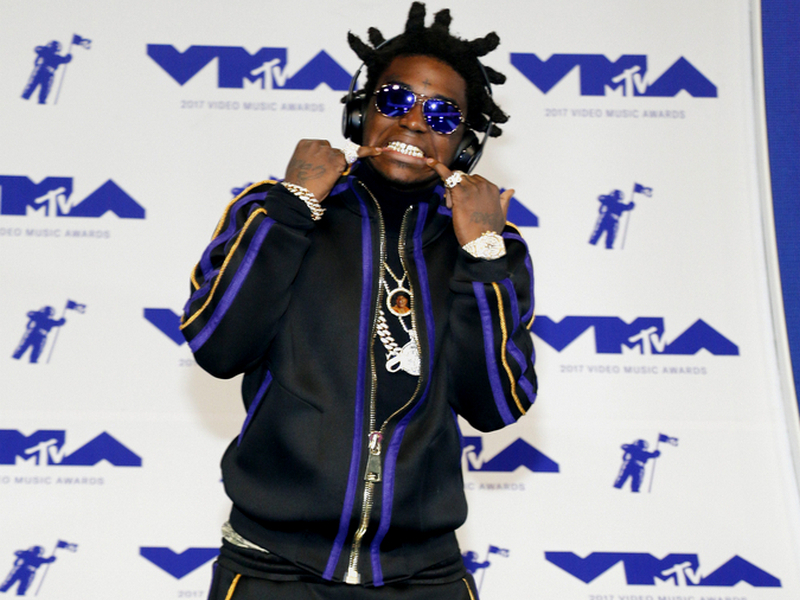 KODAK BLACK CALLS FOR A BET BOYCOTT AFTER LATTO WINS SONG OF THE YEAR AT THE BET HIP HOP AWARDS: Kodak Black feels that Latto is undeserving of her Song of the Year win for “Big Energy” at the 2022 BET Hip Hop Awards. Kodak said on Instagram Live, “This whole sh*t looked like a damn plot. They probably hollerin’ at BET, like don’t give him that sh*t. I told people weeks ago. Watch they finna play with me and give it to Frappuccino.” Latto appears to have responded to Kodak, posting a photo of herself, captioning the image, “Frappuccino.” Kodak went on to say, “The Woman Empowerment Sh*t Kool ! Don’t Take Nun From Nobody But You Still Gotta Work For It! Don’t Jus Simply Give It To Somebody Kuz They A Woman !!!!! If That’s The Case Y’all Shoulda Gave Song Of The Year To Glorilla Not That Hating A** Mutt 🐶” Kodak then named Connie Orlando, Executive Vice President at BET, and called for her and BET to be boycotted. He added, “Y’all Lame Af & Y’all Not Really For The People Fr ! BET WATERED DOWN !!!”

MEEK MILL GOES OFF ON BET'S HIP HOP AWARDS FOR HAVING HIS CHILD'S MOTHER RAP DURING A CYPHER: Milan Harris, owner of Milano Di Rouge clothing brand and the mother of Meek Mill's youngest son, participated in a cypher for the BET Hip Hop Awards, but Meek wasn't happy about it. He wrote on Twitter, “Ion like ‘bet’ got my bm tryna spit bars for attention/clout. It’s like a setup embarrassment made to look like opportunity! and I’m with the “women hustler empowerment motion” but y’all drawin .. Pure manipulation.” In a set of follow-up tweets, Meek said, “I was voicing my opinion about a connection to my life and a company I been getting money wit .. .. all them women lit love to them! Everything ain’t networking especially if you say you getting money … stay true to your self “phones” made us all get a lil lost even me! I’m scared to rap and say the truth nowadays it’s soooo vicious out here … this run I am tho…. it’s like therapy for me!”

STYLES P IS RETIRING FROM RAP: Styles P has announced that he is retiring from rap next year. He shared via Instagram, “I believe I have run myself down a tad bit over the past few years. Being a super hard working emcee and a health advocate. For one, I’m not really that great at multi tasking it’s actually my drive that keeps me going and that slack falls back on my family, business partners and co workers. I thought about it harder and came to the conclusion that I need to walk away from my solo career period ( I think I gave y’all enough ).” He continued, “Of course you will see me In the spots and of course I’m going to keep pushing the movement when it comes to health,” he added. “I just gotta go figure a better way to do it and not harm myself mentally nor inconvenience others anymore. As far as any juices for life business goes I will plug you with one of my partners and the job will get done! The people need their health. Never forget, the message is always bigger than the messenger!!! So if you know the way, spread it . That is all that counts!!” Styles will be dropping two more solo projects before hanging up his mic for good.

RICH BOY ARRESTED FOR ASSAULT: Early 2000s rapper Rich Boy, known for his 2006 hit “Throw Some D's,” has been arrested for assault. According to AL.com, the rapper was arrested on on two charges of third-degree domestic violence, with one specifying harassment and the other concerning assault following an altercation with his parents. He was arrested and booked at the Mobile Jail in Mobile, Alabama on September 30th.