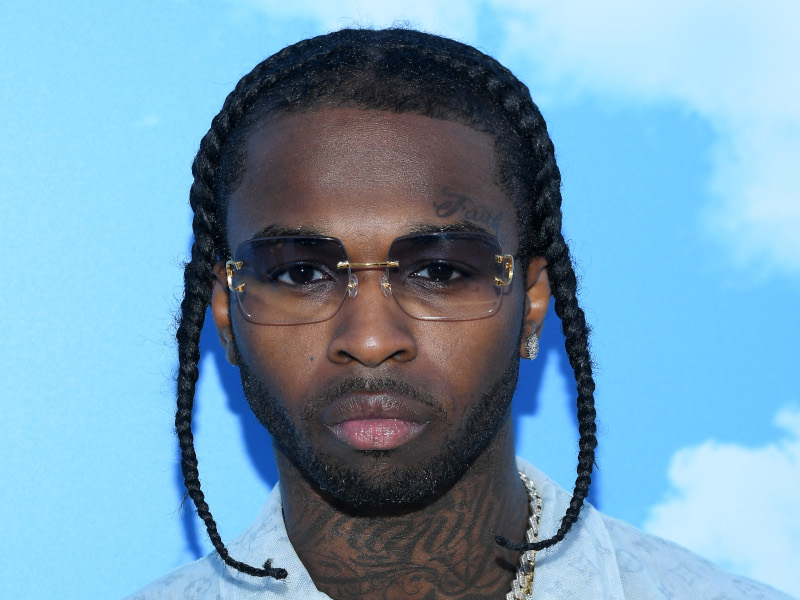 POP SMOKE'S ALLEGED KILLER SPARKS OUTRAGE WITH PIZZA HUT PHOTO WHILE IN JAIL: Pop Smoke's alleged killer sparked outrage on social media after a photo of himself with a large Pizza Hut meal surfaced online and went viral. DJ Akademiks shared the image, which shows the teen in one photo with a box of pizza, then two young men with two boxes of pizza and a chocolate cake. Many people were angry that Pop's alleged killer was flaunting a pizza on social media although he has been accused of killing the Brooklyn rapper. Pop Smoke was shot and killed in Los Angeles in 2020.

RICK ROSS IS AFRAID OF ALMOND MILK: Rick Ross has shared his issues with almond milk and why he doesn't drink it. On an episode of GQ Hype Debate with DJ Khaled, Ross said his favorite snack is his “Rozay Cheddar” flavored Rap Snacks potato chips. Khaled, on the other hand, likes Cinnamon Toast Crunch in almond milk. Ross then asked, “I'm still not up on the almond milk. Rozay still frightened. I'm frightened. I just got up on 2% milk a couple years ago. Now y'all trying to conspiracy. And it's the question: is it from the almond of the walnut? Is they squeezing it out of the peanut?”

YOUNG THUG AND GUNNA'S RICO TRIAL COULD FACE A DELAY: According to Fox 5 Atlanta, Young Thug and Gunna's RICO trial could face a two-month delay following the district attorney making the request because more than one-fourth of the individuals indicted don't have lawyers yet. Fulton County District Attorney Fani Willis said, “A continuance to the final week in March would protect the speedy trial rights of those who have asserted those rights, while also ensuring that the additional eight defendants have properly prepared appointed counsel.” The DA also requested that all involved in the RICO case be tried together since they participated in the same conspiracy.

OFFSET AND SAWEETIE CHEATING RUMORS SPARK SURROUNDING QUAVO AND TAKEOFF'S SONG 'MESSY': On Friday (October 7th), Quavo and Takeoff released their first album as a duo titled, Only Built for Infinity Links. On the LP is a track called “Messy,” where Quavo called out an unnamed woman for having relations with a friend of his. While he didn't name-drop either person, social media began to speculate that he was referring to Saweetie and Offset. Others brought Lil Baby's name up. On the song, Quavo raps, “I said 'Caresha, please' ’cause she too messy/B*tch f**ked my dawg behind my back but I ain’t stressin’/You wanted the gang? You shoulda just said it, we would’ve just blessed it/Now sh*t got messy.”

GLORILLA REVEALS HER NAME IS GLORIA HALLELUJAH: GloRilla has revealed that her middle name is Hallelujah. Glo, whose first name is Gloria, tweeted over the weekend, “& why y’all acting like Ian been told y’all my middle name hallelujah? Dats why I’m so blessed & my p***y so good duhhhhhh !!!! Common damn sense.” One fan responded to the tweet and said, “Gloria…HALLELUJAH?! I knew she was a prophet lol.” Glo replied and said, “Exactly!! I be prophesying to the people.” Her full name is Gloria Hallelujah Woods.