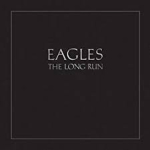 ‘The Long Run’ – The Eagles

Recorded: 1978 and 1979 at Bayshore Recording Studio in Coconut Grove, Florida

The lead-off and title track of the Eagles' final studio album before breaking up in the 1980s, “The Long Run” is clearly a song about a relationship, but band-watchers weren't sure which one — between Don Henley andGlenn Frey? Between Frey and his first wife? Between all of the band members, collectively?

Backed by “The Disco Strangler,” “The Long Run” single peaked at Number Eight on the Billboard Hot 100.

The Long Run album came three years after Hotel California, which at that time was an uncommonly long break between albums. The gap between albums was so long that staffers at Elektra Records jokingly referred toThe Long Run as The Long One.

It also took a long time to make The Long Run, which Joe Walsh said was due to pressure on Frey and Henley to top Hotel California: “When we finished Hotel California, people started saying things like 'You guys are amazing,' and the album became this huge seller. It made us very paranoid. People started asking us, 'What are you going to do now?' and we didn't know. We ended up on the next album in Miami with the tapes running, but nobody knowing what was going on. We lost perspective. We just kinda sat around in a daze for three months.”

Henley has acknowledged that The Long Run was something of a disappointment: “By and large, I don't think it's a very good record. We needed a vacation. We needed to take some time off and away from each other, and we didn't do it. We just kept going until we burned out.”

Henley blames pressure from the record company to produce another album as the cause of the final schism between him and Frey: “We got into arguments about creativity, lyrics, and some angry words were exchanged. The crux of it was about whether or not everybody was carrying his fair share of the burden. There were the usual problems that all bands have with ego… In essence, we were all just too strung out. Everything was a drama… We needed what Aerosmith has now, a group psychiatrist.”

Nevertheless, The Long Run did hit Number One on the Billboard Top 200, and has sold more than four million copies.