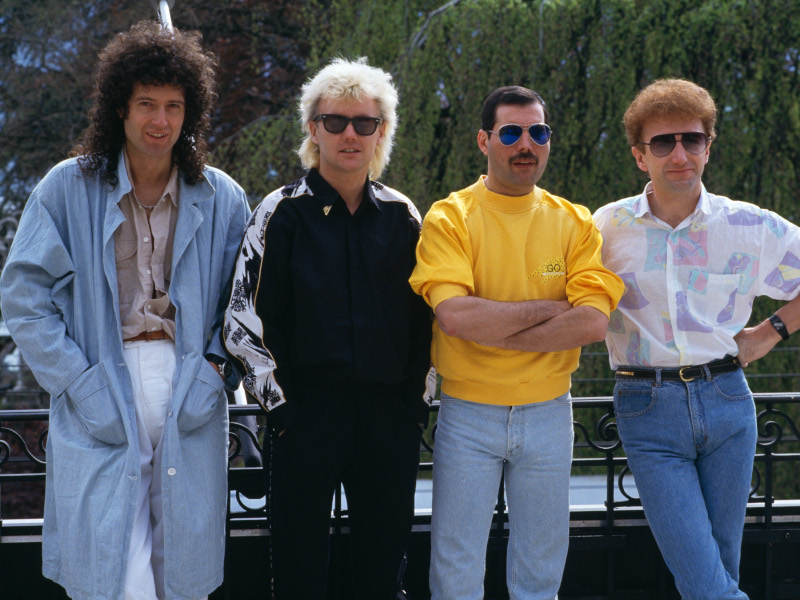 Set for release on Thursday (October 13th) will be the long-unreleased Queen track, “Face It Alone.” London's Express reported the track featuring the late-Freddie Mercury on vocals, is and outtake from the band's 1989 The Miracle album. Brian May posted a 15-second snippet of the track on social media.

Earlier this year, Brian May and Roger Taylor spoke about the recording, telling BBC Radio 2, with Taylor saying, “Yes, we did find a little gem from Freddie, that we’d kind of forgotten about. And it was. It's wonderful. Actually, it was real discovery. It's from The Miracle sessions. . . It’s a very passionate piece.”

Brian May added, “It was kind of hiding in plain sight. We looked at it many times and thought, 'Oh no, we can’t really rescue that.' But in fact, we went in there again and our wonderful engineering team went, 'OK, we can do this and this.' It’s like kind of stitching bits together. But it’s beautiful, it’s touching.”

Shortly before his 1991 death, Freddie Mercury looked back at Queen's storied career that had not only spanned — but incorporated — prog, glam, punk, and new wave: “I must say, I didn't really think we were gonna last that long. I mean you never think about it; like, you don't get up every morning and think, 'My God, this is going to be over.' You just carry on and come up with fresh ideas and think about what to do. So, as long as we don't take it too seriously. Earlier on, we used to take it very seriously and I think it got a bit too serious. Now, I just thought to myself, we should try to inject some fun into it, y'know?”