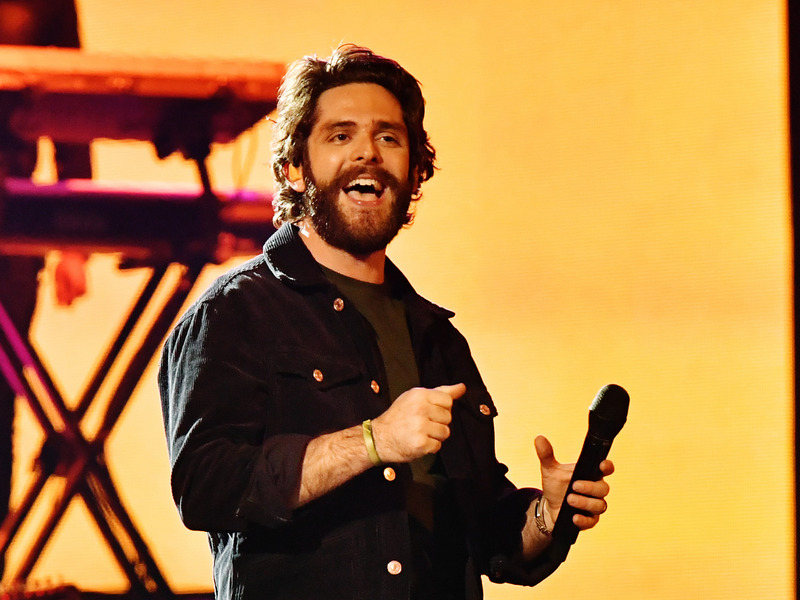 Thomas Rhett surprised fans on Sunday (October 16th) with the announcement that the video for his collaboration with Katy Perry, called “Where We Started,” will be released today (Tuesday, October 18th). The song is the title track of Thomas' latest album, which was released in April.

The idea to add Katy's voice to the song came from an executive at Thomas' record label, and he admits that while he loved the idea, he thought it was a long shot. Thomas loved working with the pop star and tells us it was all a little unbelievable when he thinks back on his teen years. “It was so surreal talking to someone who, I don’t know, when I was like 16, 17 years old, Katy‘s music was everybody’s anthem, everybody’s jam, and everybody’s got a favorite Katy Perry song. And so, when she said that she was gonna sing on the song with me, I was shocked. And it turned out so beautiful. One of the most incredible string arrangements I’ve heard. I remember when I got Katy‘s vocal back I was blown away. I mean, she’s an incredible singer but this kind of reminded me of how amazing of a vocalist she is, and I just feel like it really came to life.”

“Where We Started” starring Thomas and Katy will make its world premiere today at 10 a.m. CT on Thomas' YouTube page.