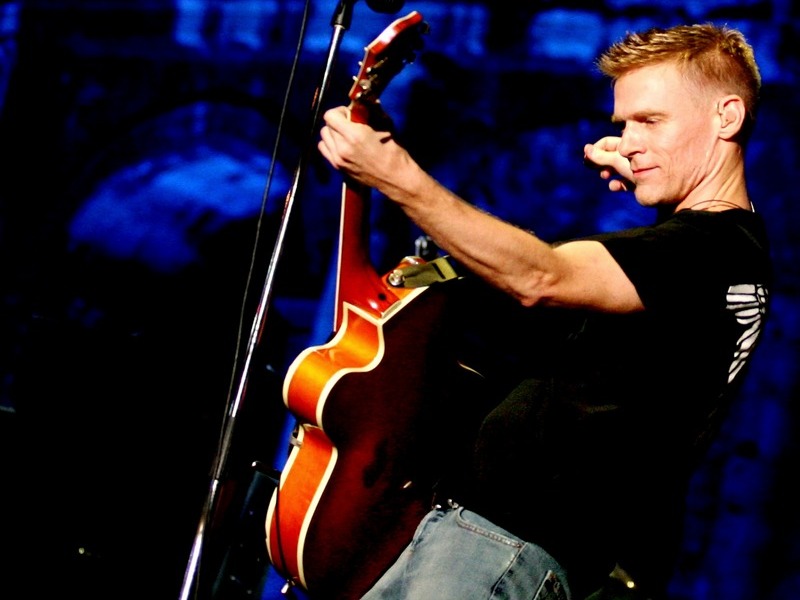 Bryan Adams has just dropped “Kick Ass” — the new video from his latest album, So Happy It Hurts. The clip is a teaser to the reissue of the critically acclaimed album, which was issued last March, and now will be re-released on October 28th as a new double-disc featuring a dozen re-recorded classics.

Adams has also just rolled out his first 2023 dates, which include a five-night Las Vegas stand in January and February and an appearance at April's Stagecoach Festival in Indio, California.

Forbes reported the Canadian rocker has collaborated with Wuxly on a new collection of sustainable outerwear. Wuxly “is a luxury Canadian brand founded in 2019 with a mission to create the first tech-oriented and animal-free parka.”

Wuxly CEO James Yurichuk, explained, “Bryan Adams is a committed vegan for more than 30 years — and he shares our dedication to protecting the planet and is proud to be associated with our animal-free, sustainable clothing ethos.”

Bryan Adams chatted online with YouTube fans before the world premiere of “Kick Ass” and shed light on how it all came together: “This is a video we've wanted to make for So Happy It Hurts, the album, since the beginning. And it was just a matter of timing on when we were gonna be able to get John Cleese, who does the narration at the top of the video and me; when we could find the time when we both could be together. And we found the time at the end of the summer, we shot this at my studio and I think it turned out really great.”