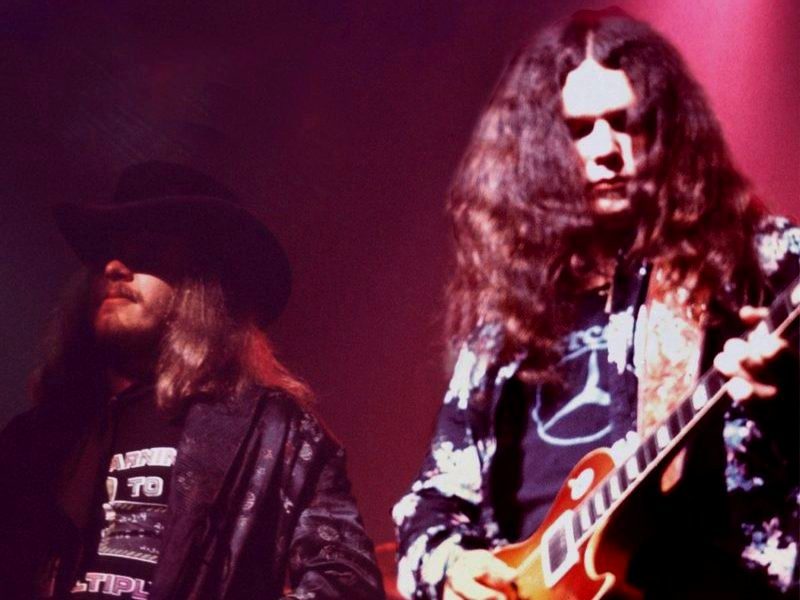 It was 45 years ago today (October 20th, 1977), that a plane carrying Lynyrd Skynyrd crashed in a swamp near Gillsburg, Mississippi. At the time, the group was en route to its next show in Baton Rouge, Louisiana. The crash took the lives of lead singer Ronnie Van Zant; guitarist Steve Gaines and his sister, backup singer Cassie Gaines; Skynyrd manager Dean Kilpatrick, as well as the plane's two pilots Walter McCreary and William Gray. Three days before the crash (October 17th), the band released its fifth album, Street Survivors, which featured the soon-to-be classics “What's Your Name” and “That Smell.” The album cover, which featured the band seemingly engulfed in flames, was eventually substituted with another photo in light of the horrific plane crash. In 2007, the 30th anniversary reissue reinstated the original album cover.

Lynyrd's Skynyrd's head of security Gene Odom, who was on the plane and one of the 20 survivors, spoke to filmmaker Tony Beazley and recalled the state of Ronnie Van Zant's body after the fatal crash: “Ronnie Van Zant had an eight-inch little nick and a fractured bone in his leg. His own father, when he went to identify the body the next day — October 21st — said also, that when they pulled Ronnie out, Ronnie looked like he was asleep. No injuries. He said that he just had a little bump right here behind his ear — a little cut. And Lacy (Van Zant) didn't know his leg was broke. He says, 'He just looked like he was laying there asleep.'”

All the other members of the band suffered horrific injuries, from which they eventually recovered. Two years later, survivors Gary Rossington and Allen Collins (guitars), Billy Powell (keyboards) and Leon Wilkeson (bass) formed a new group, the Rossington-Collins Band. A decade after the plane crash, the surviving members of Skynyrd regrouped under the legendary name and played a series of dates to mark the anniversary with Johnny Van Zant, the youngest brother of Ronnie Van Zant, stepping in as his permanent replacement.

When we last caught up with Gary Rossington — who broke both arms, both legs, both wrists, both ankles and his pelvis in the plane crash — was asked what motivates him and his bandmates to keep the Skynyrd name alive: “Gosh, it's just, y'know, you gotta carry on, and go through it. If you take the lives of just any seven individuals and follow them, tragedy happens, y'know? And it just happened to us. And we just kept carryin' on, we're doin' it for the guys that aren't with us, and for us, and for the music and the name and — it's what we are.”

In August 2018, the definitive and authorized Skynyrd documentary, If I Leave Here Tomorrow, premiered on Showtime. Gary Rossington told Yahoo Entertainment why director Stephen Kijak's doc works where so many others failed, explaining, “All the other documentaries were negative, and they really didn’t show how when we started, we were brothers. We’d die for each other. We grew up together, y'know? We were so happy, and it was a family. (The film) shows us, me and Ronnie (Van Zant) looking right at each other, and it was like, all my friends are dead and gone. I just went, 'Oh, my God.' It’s just real sentimental to me. I see all the memories and they’re alive; they’re like jumping beans in my brain.”

Finally released in 2020 was Street Survivors: The True Story Of The Lynyrd Skynyrd Plane Crash. Former drummer Artimus Pyle, who served as a producer on the film, said in a statement: “This film’s story — MY story — is not just about the plane crash but also about my personal relationship with the genius that was Ronnie Van Zant — whom I loved like a brother and still miss to this day.”

Back in 2017, the heirs of Ronnie Van Zant and late-bandmembers Steve and Cassie Gaines, along with founding guitarist Gary Rossington, sued Pyle and Cleopatra Records in an effort to block the movie. After an appeal, Pyle was permitted to tell his own life story.