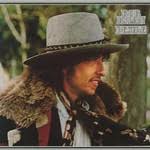 “Hurricane” tells the story of boxer Rubin “Hurricane” Carter, who was convicted for murdering two men in 1966 in Paterson, New Jersey — a crime he did not commit.

It took Carter 22 years, most of which was spent in jail, before he was able to establish the truth and get the verdict overturned.

Bob Dylan became aware of Carter after the imprisoned boxer sent him a copy of his book, The Sixteenth Round, which was published in 1974. Dylan traveled to meet Carter at Trenton State Prison shortly after that.

“Hurricane” was released as a single in 1975 before appearing as the lead track of the Desire album early the following year.

The “Hurricane” single, which was split over two sides of the 45 to accommodate its nearly eight-minute running time, hit Number 33 on the Billboard Hot 100 and Number 43 in the U.K.

The song was a nightly highlight of Dylan's Rolling Thunder Revue tour, a fall 1975 all-star trek that featured performers such as Joan Baez, Roger McGuinn from the Byrds, and Mick Ronsonfrom David Bowie's Spiders From Mars, among others.

On December 8th, 1975, in the final stop of the Rolling Thunder Revue tour, Dylan held a Night Of The Hurricane benefit concert at Madison Square Garden in New York City. Muhammad Ali andRoberta Flack were among the special guests.

The Desire album — which features many songs Dylan debuted in the Rolling Thunder Revue, as well as guest vocals by Emmylou Harris — spent five weeks at Number One on the Billboard 200 and has sold more than two million copies.

The album hit Number Three on the U.K. chart.