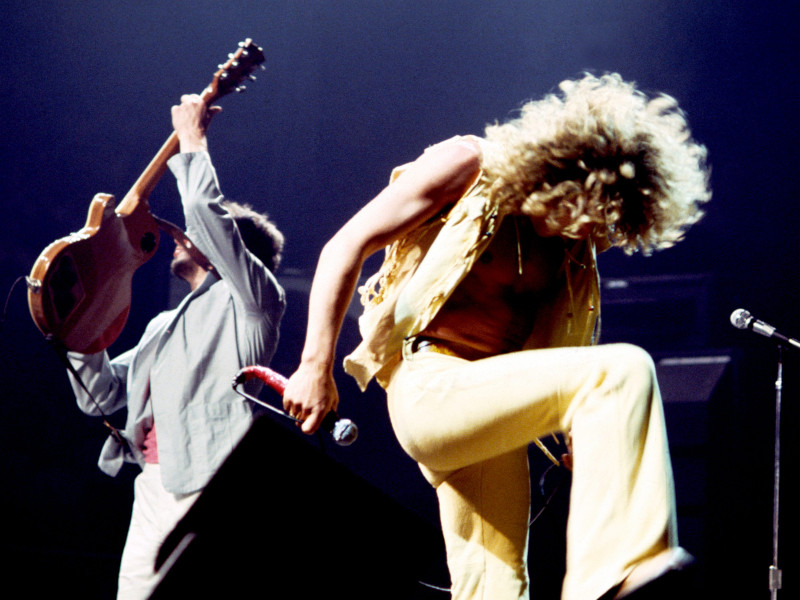 Just released is The Who: Concert Memories From The Classic Years, 1964-1976, by author Edoardo Genzolini. According to the book's announcement, “The reader will be thrown into untold stories, hundreds of previously unpublished photographs, and uncirculated recordings clarifying the misinformation, myths, and legends. It’s a labor of love from a fan for fans that gives voice to a collective consciousness that might otherwise fall silent over time.”

Drummer Kenney Jones recalled to us his first tour with the Who back in 1979, when he was thrown into the mix of keeping time between not one — but two virtuosos: “I was just learning how to sit into the groove of working with (John) Entwistle and bass, lead guitar and Pete (Townshend). It was like sittin' in the missile of two lead guitarists — and my foot was probably the bass (laughs).”

Although Pete Townshend's gravity-defying leaps are now a thing of the past for the 77-year-old, the Who's concerts still includes plenty of Townshend's signature “windmilling”: “I still do that, yeah. Y'know, the reason that I do it is (laughs) not 'cause it has any function anymore. But whenever I do it, it's a cheap shot. I just go like that and the crowd go mad. So it's kind of lucky; if it's getting a bit quiet, I just swing my arm. If Roger needs a bit of help (laughter), I swing my arm.”