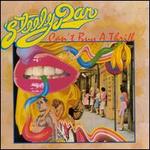 ‘Reelin’ In The Years’ – Steely Dan

The duo's second effort was slightly more successful but just as obtuse. Fagen and Becker recorded a sleeper soundtrack to an early obscure Richard Pryor movie, You Gotta Walk It Like You Talk It. Despite the movie's failure, it got the pair through the doors at the Brill Building – a “songwriting factory” in New York’s Tin Pan Alley where many songwriters worked churning out songs for singers and groups in the '60s – where they were on the payroll as songwriters. They actually sold a song, “I Mean To Shine,” to none other than Barbra Streisand.

Corralling a bunch of studio pros and veterans from various bands, Steely Dan emerged in 1972 as not so much a “band,” but rather a concept of one.

Becker and Fagen remained the only real “members” of Steely Dan. All others, who varied from album to album, were merely hired hands and back up support.

“Reelin' In The Years” was one of a few songs on the group's debut that Fagen handled lead vocals on. Initially, vocalist David Palmer was set to provide all vocals but left to join the Big Wha-Koo. This left the reluctant Fagen to supply the remaining vocal tracks, some of which (“Reelin' In The Years,” “Do It Again”) have become Steely Dan classics.

Can't Buy A Thrill itself reached Number 17 on the Billboard album chart in early 1973.