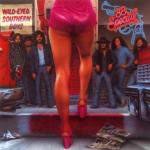 Formed in Jacksonville, Florida, in 1975, 38 Special took its lead from Southern rock forebears such as the Allman Brothers Band (from which it borrowed the two-drummer lineup) and Lynyrd Skynyrd. 38 Special singer-guitarist Donnie Van Zantis the younger brother of Skynyrd's Ronnie Van Zant.

38 Special released two albums prior to Wild-Eyed Southern Boys. Both fared poorly, though the title track to Rockin' Into The Night received some radio play and even made its way up to Number 43 on the Billboard Hot 100 chart.

Singer-guitarist Don Barnes says the group felt some pressure for the third album. “At the time we were thinking, 'What does it take?' We're all here in poverty. We're trying to play from our heart and do everything we can, but it's just not working. So do we look around and change our formula a little bit or whatever? And Donnie was the one that suggested maybe I sing a few songs.”

Barnes says “Hold On Loosely” was based on the failing relationship with his first wife that he was going through at the time. They divorced in 1982. “At the time she was trying to keep me under her thumb, and I was trying to be somebody. It became quite a bit of a rub in our relationship. It was something I thought about. It was a nice couplet–'You need to loosen your grasp on me a little bit. I'm trying to make it good for all of us, for the family.'”

Barnes says the bridge line–“And my mind goes back to a girl I met long years ago”–is also true: “That was someone who told me about the best way to have a relationship is to let each other be independent, to be interdependent. A lot of people have come up to us and said, 'That's a great piece of advice. I've always wanted to tell my husband or wife that, but I didn't quite know how to tell 'em.'”

Musically, Barnes and lead guitarist Jeff Carlisi wrote the song with Jim Peterik of Survivor: “Instrumentally, that was a bit of a Cars influence at the time,” says Barnes. “They were doing the 'Just What I Needed' song. It's basically eighth notes. In 38 Special, a lot of the songs were built on eighth notes, the thump-thump-thump of the guitar.”

“Hold On Loosely” established a commercial foothold for 38 Special that set up the multi-million selling success of its next album, Special Forces.

The Wild-Eyed Southern Boys album was a million seller, the group's first.