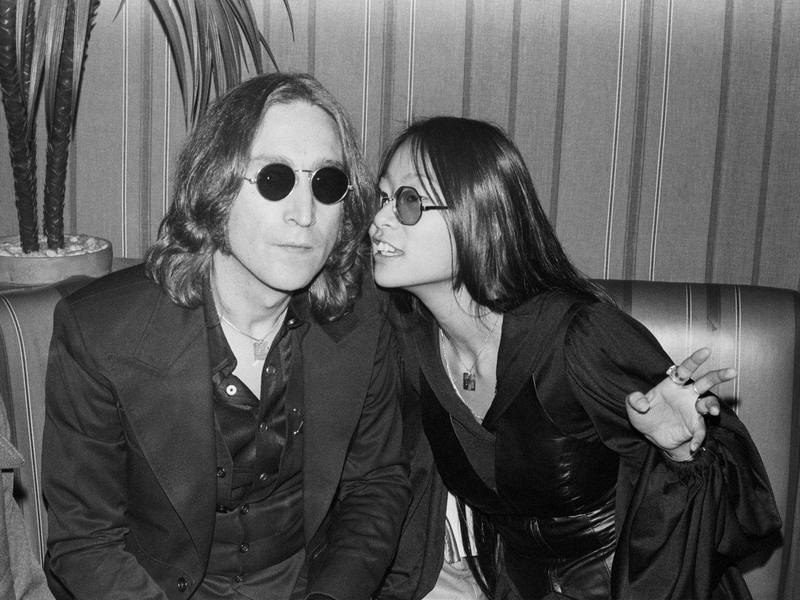 John Lennon's former girlfriend May Pang will be screening her new documentary, The Lost Weekend: A Love Story, on November 18th in Newark, New Jersey at the Recording Academy's Grammy Museum Experience at the Prudential Center. Pang will also take part in a Q&A with noted Beatles scholar and author Kenneth Womack.

The new doc chronicles Lennon's 18-month affair with Pang during his and wife Yoko Ono's separation during the period dubbed, “The Lost Weekend.”

The film, which was directed by Eve Brandstein, Richard Kaufman, and Stuart Samuels, features interviews with photographer Bob Gruen, Apple Records manager Tony King, solo-Beatles drummer of choice Jim Keltner, along with John Lennon's older son, Julian Lennon. No streaming or wide release date has been announced for the film.

Pang, who prior to her affair with John Lennon, served as his and Yoko Ono's personal assistant, and was responsible for coordinating the production of such Lennon albums as Mind Games, Walls And Bridges, and Rock 'N' Roll, along with Harry Nilsson's Lennon-produced album Pussycats. Although her relationship with Lennon ended publicly in 1975, according to Pang, the couple remained periodic lovers through 1978 and were in contact until the spring of 1980.

During the recording of Harry Nilsson's 1974 Pussy Cats album, John Lennon — who produced the set — had Nilsson, Ringo Starr, and Keith Moon all share a beachfront Santa Monica house together. May Pang explained why some of the richest and most hard partying rock stars ended up all hunkering down under the same roof: “John thought of it, it was his idea. Because, he said, if he left it to everyone — ‘cause he had not spent that much time out in L.A., and he realized that if we couldn’t get everybody to the session on time, unlike New York, then all was lost. So he said, ‘Let’s pool everybody in, into the house.’ And this way, I was driving a group, somebody else was driving a group, so that two cars would be driving and everybody would be getting to the studio on time. He just wanted everybody to be there.”