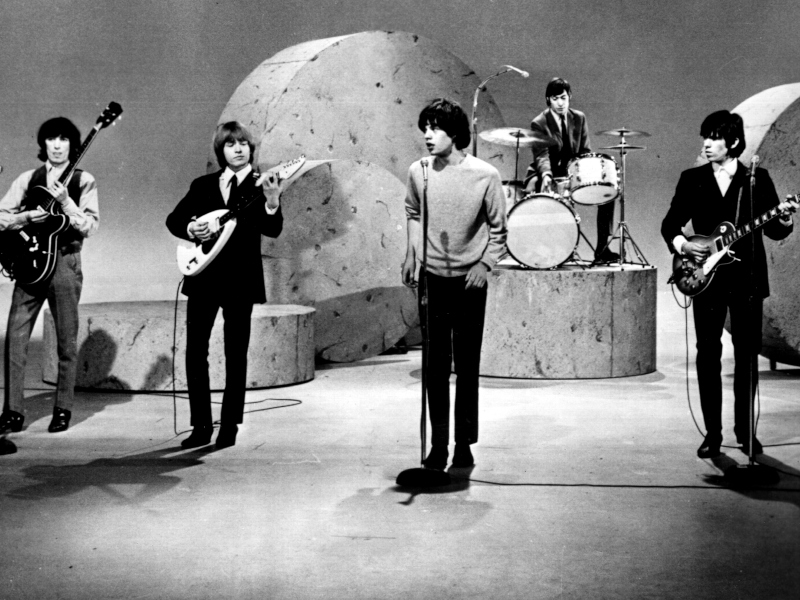 Flashback: The Rolling Stones Debut On ‘The Ed Sullivan Show’

It was 58 years ago today (October 25th, 1964) that the Rolling Stones made their debut on The Ed Sullivan Show. The Stones' debut was nothing like the Beatles' celebrated first appearance the previous February, when they performed five songs. The Stones, who were already on their second U.S. tour of the year, performed two songs in less than seven minutes — their latest hit “Time Is On My Side,” and a cover of Chuck Berry's “Around And Around.”

The Ed Sullivan Show wasn't the Stones' first U.S. TV performance. They had performed on Dean Martin's Hollywood Palace and The Mike Douglas Show during their first swing through the States the previous June. But it was during the Stones' 1964 Ed Sullivan Show performance that the majority of America got their first glimpse of the unruly Stones — with Mick Jagger dressing down in a ragged sweater and unwashed hair, and guitarist Brian Jones glaring menacingly toward the cameras.

Well over 50 years into the band's career, Mick Jagger recalled how shocked the entertainment world was in the early-'60s as the Stones redefined the rules of the game: “The way that show-business was in those days was very narrow, and you were supposed to behave in a certain way, pretty much goody-two-shoes. So, if you didn't behave like that completely, you were, y'know, on the edge of it. So, it was another time. Y'know, the early, early days.”

Martin Scorsese directed the Stones' 2008 concert film Shine A Light and has included numerous Stones songs in his movies, including Mean Streets, Goodfellas, Casino, and The Departed. We asked him if he places the Stones' music in his films because it represents the violence he witnessed on the New York City streets as a youth: “I don't know if I can make any direct associations to it. At times their music, it dealt with aspects of the life around me that I was associated with or saw, or was experiencing, and trying to make sense of. And so it was tougher, it had an edge, beautiful and honest — and brutal at times (laughs), and powerful.”