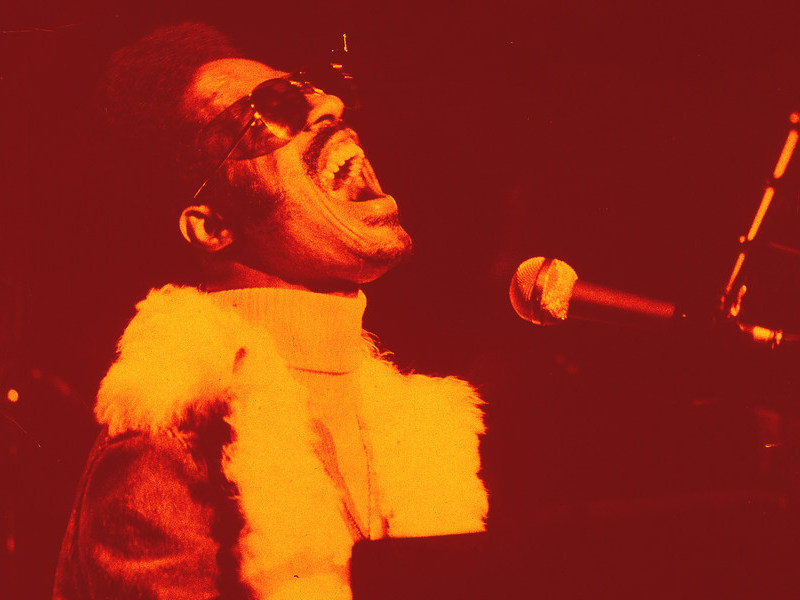 It was 50 years ago today (October 27th, 1972) that Stevie Wonder released his watershed album, Talking Book. The album topped out at Number Three on the Billboard 200 and hit Number One on the magazine's R&B Albums chart.

Talking Book featured two massive Number One hits — “You Are The Sunshine Of My Life” and “Superstition” — along with “I Believe (When I Fall in Love It Will Be Forever)” which was covered by both Peter Frampton the next year and Art Garfunkel in 1975, respectively.

Around the time of Talking Book's release in the fall of '72, Stevie Wonder appeared on England's The Old Grey Whistle Test and tried to explain what he and his music were about: “A lot of people say, 'Stevie Wonder, he's black, he's a soul artist.' I consider myself, number one as being myself; y'know, accept me for being me. And having soul is having the ability to express what you feel, to express whatever you feel inside. To bring it out to the public.”

Jeff Beck, who contributed to the Talking Book sessions, recalls being absolutely starstruck when he and Wonder first joined forces in the studio: “I just was like a blithering idiot. I didn't really know what to play. . . and he was more of a comedian than anything. He liked the way I spoke. But every time he put his hands on the keys, this magic came out. And then when it was my turn to play, it was a bit embarrassing. I didn't know what the hell to do. He said, 'I'm gonna go out of the room, and you play a solo.' And he disappeared. And I played the solo on 'Looking For Another Pure Love.' When he said, 'Do it, Jeff,' that was it, you couldn't get near me for a week after.”

Motown founder Berry Gordy Jr. told us he thinks Stevie Wonder's personality, on top of his musical genius, made him stand apart from his peers: “He's got a heart and he's transcended his own music, and his own music is so great. It's so wonderful. It's phenomenal and he's the most imitated artist — all the new singers, they have a little Stevie in them. And above all that, he is one of the greatest human beings and he will sacrifice his life to fight bigotry, racism, and he deals with human values and there's just so much wrapped up in one human being.”