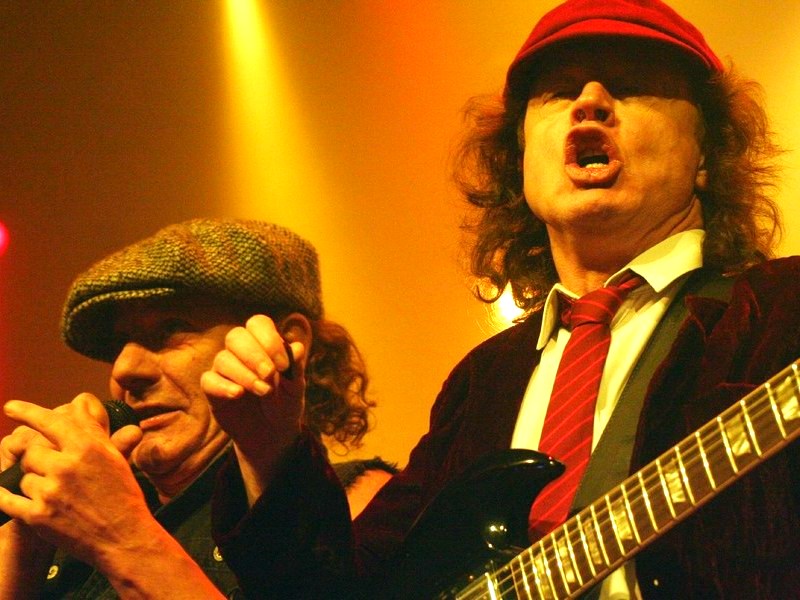 AC/DC frontman Brian Johnson maintains that none of the lyrics to the band's 1980 Back In Black album were written by his predecessor, late co-founder, Bon Scott. Rolling Stone reported for years there's been a persistent rumor that Scott actually wrote the album's lyrics, which were supposedly found in notebooks left behind — but instead credited to Johnson.

In his new memoir, The Lives Of Brian, Brian Johnson tries to finally set the record straight: “The conspiracy theories are legion — usually started by people who think they know what happened but weren’t there. It was me at the end of the pen, writing every night and every morning, with only the title to work with. That’s what happened. That’s the truth and I really hope that settles it.”

A highlight of AC/DC's 2003 Rock Hall acceptance speech was when Brian Johnson quoted the band's 1977 song “Let There Be Rock,” written by late-cofounder Bon Scott: “'In the beginning, back in 1955, man, didn't know about the rock n' roll show and all that jive. The white man had the schmaltz, the black man had the blues, but no one knew what they was gonna do, but Tchaikovsky had the news — he said, 'Let there be rock.'' Bon Scott wrote that, and it's a real privilege to accept these awards tonight.”