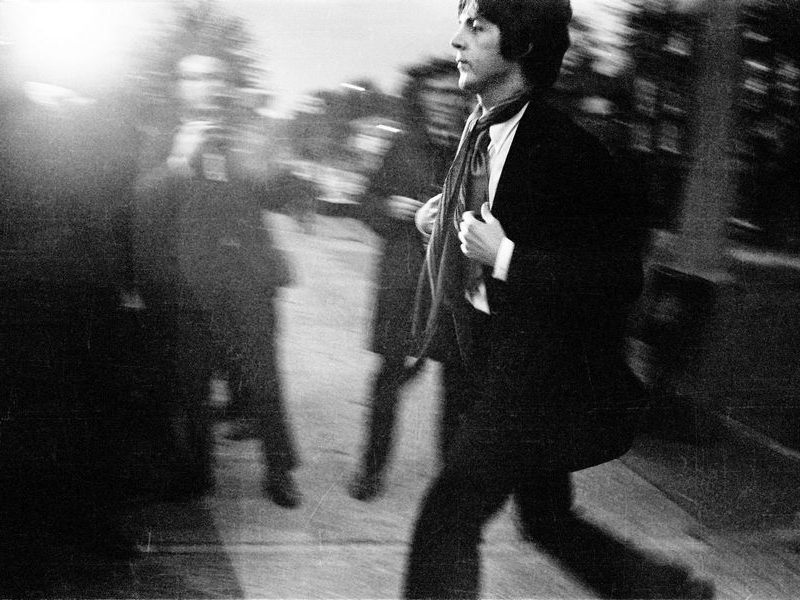 Paul McCartney says that ultimately, he's happy that the Beatles never recorded portions of Revolver stateside. During his latest website Q&A on his official website (PaulMcCartney.com) dubbed “You Gave Me The Answer,” “Macca” touched upon the band's unrealized plans to record at Memphis' Stax Studios with producer Jim Stewart.

When pressed as to whether Revolver would've turned into a different album without George Martin and their home base of London's EMI studios at Abbey Road, McCartney said, “It could have been — the only reason you want to record in those kind of studios is because you love the records that come out of the studios. So, we loved a lot of Stax stuff but ultimately I’m glad we didn’t record there.”

He went on to say, “EMI was our home, and we didn’t have to deal with anything other than making the record. If you’re in a strange studio there’s things you got to deal with, as you’re getting used to the new surroundings and so on. At EMI we knew the space and the people, so it was just a case of concentrating on making the record.”

McCartney explained, “EMI was always home, so it was easy to push boundaries and get creative. We didn’t have to think about it! And the really great thing about EMI, let’s not forget, was that it had instruments lying around. There was the Mrs. Mills piano, the sound effects cupboard, a harpsichord, a celesta, the Lowrey organ (which I used on the next album Sgt. Pepper, on 'Lucy In The Sky With Diamonds') – this stuff was all there. A Mellotron, even! EMI was definitely the best place for us.”

Despite the incredible wealth he's attained over the past 60 years, Paul McCartney maintains that he and John Lennon enjoyed the money their songs earned, but it was hardly the main reason they wrote all the Beatles' classics: “It's never really been a material ambition, y'know? I mean I remember we did used to sit around when we were just starting and we started to get our glimpse of Number Ones and we did sit 'round and kind of think, 'Okay, now we'll write a swimming pool, y'know, let's write a swimming pool. Let's write the garage and let's write the car to go in it.' Y'know? But that was never really the big incentive. I don't think that's what made us write the songs. So now, that in part of the incentive isn't particularly there because y'know, I've got the car and the garage. But I don't really think it was every what I was writing for or else I probably wouldn't write now.”