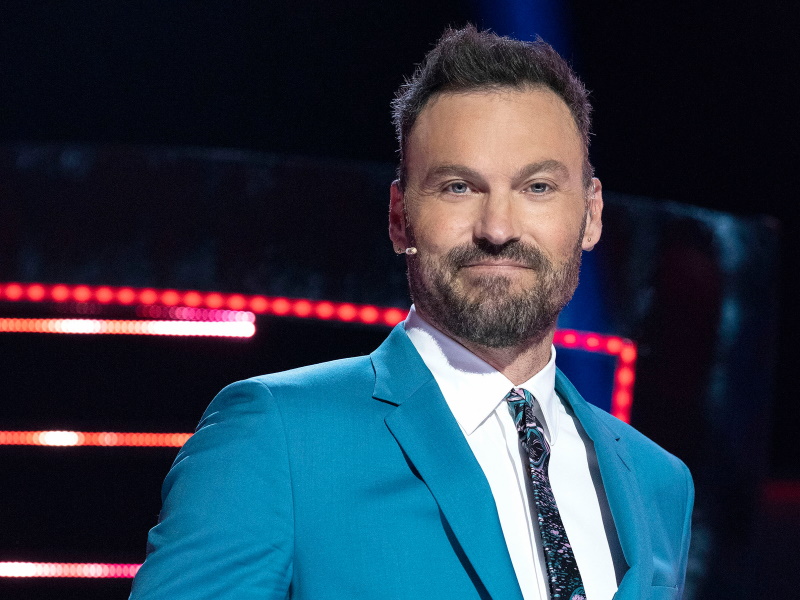 BRIAN AUSTIN GREEN SAYS HE AND MEGAN FOX ‘CO-PARENT REALLY WELL TOGETHER:’ E! News interviewed Brian Austin Green recently about co-parenting with his ex-wife Megan Fox. “We co-parent really well together,” he said. “And we don't fight over time with the kids. We try and alternate holidays between Christmas Day, Christmas Eve.” When the outlet asked him how their kids would respond to Fox and Machine Gun Kelly having a baby, the Beverly Hills, 90210 star said, “I think that'd be amazing. They are absolutely obsessed with Zane and so it'd be the same for them with her. And the reality is that it's I think it's difficult for them leaving and going over to her house because they miss him so much so to be able to go over to her house and have the same experience. There's something cool there.”

MICHELLE WILLIAMS WELCOMES BABY NO. 3: Michelle Williams and her husband, Thomas Kail, have welcomed their second child to the world! This is also Williams’ third child overall. The Daily Mail obtained photos of the Blue Valentine actress holding the newborn while out on a walk with her family in New York City.

EMILY RATAJKOWSKI ‘DOESN’T REALLY BELIEVE IN STRAIGHT PEOPLE:’ In a cover story for Harper’s Bazaar, Gone Girl actress Emily Ratajkowski expressed her views on human sexuality. “I think sexuality is on a sliding scale,” she said. “I don’t really believe in straight people.” This comes after the model seemingly came out as bisexual on TikTok in October.

DREW BARRYMORE THOUGHT E.T. WAS REAL: Drew Barrymore reunited with her E.T. costars Henry Thomas, Dee Wallace, and Robert MacNaughton on Monday’s (October 31st) episode of The Drew Barrymore Show. As she was only seven when the movie came out, Barrymore shared that she thought E.T. was real. “I really, really loved him in such a profound way,” she said. “I would go and take lunch to him.”