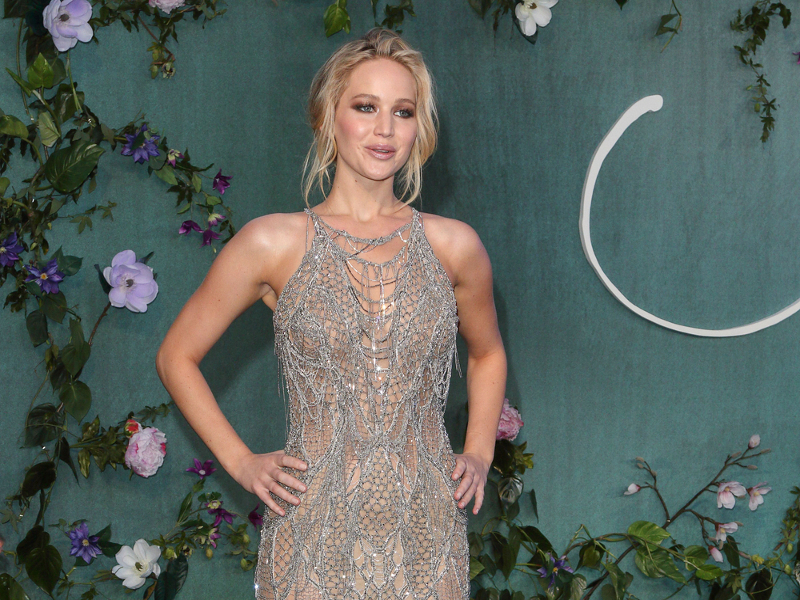 MARLO THOMAS ‘FAT SHAMED’ SHERRI SHEPHERD: According to Page Six, staffers on Sherri went into “mama bear mode” when That Girl actress Marlo Thomas “fat shamed” Sherri Shepherd on Tuesday’s (November 1st) episode. “I interviewed you for my AOL show ‘Monday’s with Marlo’,” Thomas said, adding “and you used to be a big woman!” Thomas also gestured around her body and blew her face out. “You’ve lost a lot of weight, but you’ve still got the boobies! That’s good,” she said. A source told the outlet, “Sherri was a good sport, but people at the show are very protective of her. People were not happy that she fat shamed her on national TV. It was a like a slap in the face.”

ADELE TOLD JENNIFER LAWRENCE NOT TO DO THE MOVIE ‘PASSENGERS:’ In an interview with The New York Times published on Wednesday (November 2nd), Jennifer Lawrence said Adele warned her against starring in the movie Passengers, which turned out to be a flop. “Adele told me not to do it! She was like, ‘I feel like space movies are the new vampire movies.’ I should have listened to her,” she said.

LAUREN GRAHAM COMMENTS ON SPLIT FROM PETER KRAUSE: Gilmore Girls star Lauren Graham opened up to People Wednesday (November 2nd) about her split from Six Feet Under actor Peter Krause. The pair were together for nearly 12 years and went their separate ways in 2021. “I think part of all the positives of having known each other for a really long time were there. And one of the negatives of that is we almost came into a relationship as people in their 40s without asking any of the questions people in their 40s should be asking,” she said. “We had such a good time together that I didn't maybe ask some fundamental questions about 'What are your values and what do you envision?' and those more grown-up things. And then they just caught up with us.”

ASHLEY TISDALE SAYS SHE ‘NEVER THOUGHT’ ZAC EFRON WAS HOT: On a recent episode of the Not Skinny But Not Fat podcast, Ashley Tisdale revealed that she “never thought” her High School Musical costar Zac Efron was hot. “It’s because I was friends with him before the movie. And he was way younger than me. He was like a brother, too,” she said. However, she did admit that he looked “hot” in his 2007 Rolling Stone cover. “I was like, ‘For sure, now I understand,'” she commented. “I think I just knew him too well and had been best friends with him for so long that it’s like your brother that you’re hanging out with.”