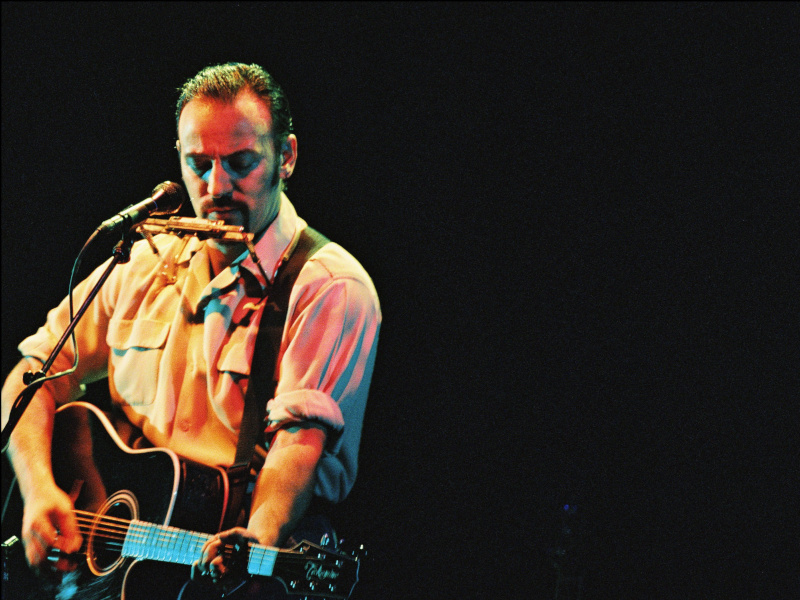 Bruce Springsteen has just issued Asbury Park, NJ – 11/26/96, the latest official bootleg of his ongoing monthly archive series. The show, recorded in New Jersey's Paramount Theatre, was culled from his 1995/1997 solo acoustic tour behind his 1995 Grammy Award-winning album, The Ghost Of Tom Joad.

While on the road behind The Ghost Of Tom Joad, Bruce Springsteen spoke frankly about how it felt to be taking his show on the road as a solo act: ["It's different, y'know? It's a little more lonely, I guess.  But at the moment, I sort of, heard more my folk voice inside my head and I had a collection of songs that were about very specific subjects and the best way to, sort of, communicate those things was by myself with a guitar. They come out of the folk tradition, blues tradition — Robert Johnson, Woody Guthrie, y'know (Bob) Dylan, Hank Williams."] SOUNDCUE (:20 OC: . . . Dylan Hank Williams)