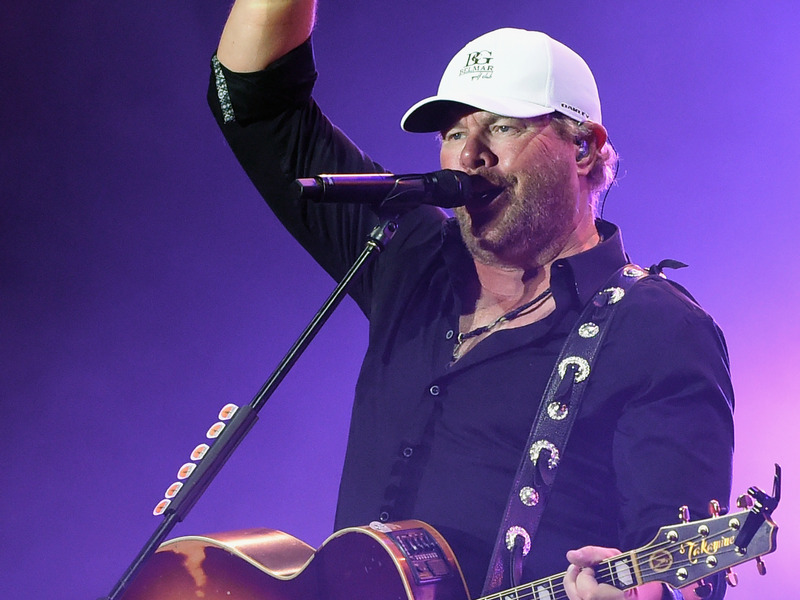 Toby Keith surprised the crowd at Jeff Ruby's Steakhouse in Lexington, KY on Friday night (November 4th), popping up on stage and performing songs for over an hour, according to Classic Country Music. Toby was reportedly in town for the annual Breeder's Cup at Keeneland Racetrack. This was his first public appearance since revealing his cancer diagnosis in June.

Toby's set list included his 2003 hit “I Love This Bar,” which was recorded by patrons and shared on social media.

In June, Toby revealed that he has been battling stomach cancer since late 2021. He wound up canceling the remainder of the dates on his 2022 calendar.