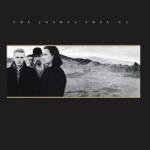 The song that became “I Still Haven’t Found What I'm Looking For” originally had a different melody and was titled “Under The Weather.”

Of the album in general, guitarist the Edge said, “Two ideas were followed simultaneously. They collided, and this record was born.” The two ideas were lead singer Bono's urge to explore rock's American roots and the Edge's desire to continue the “expressionistic experimentalism” of the band's previous studio album, The Unforgettable Fire.

The song was partly inspired by a tape of blues and gospel songs that writer Dermot Stokes gave to Bono.

The Edge said of the album, “Brian Eno strongly suggested that we do it all ourselves. We felt inclined to bring people into the sessions – at times it would have been nice to have pedal steel or background vocals. But he always felt we could do it. There was a great wisdom in that decision.”

Bono described “I Still Haven't Found What I'm Looking For” as “an anthem of doubt more than faith.”

Bono again: “I used to think that writing words was old-fashioned. So I sketched. I wrote words on the microphone. For The Joshua Tree, I felt that the time had come to write words that meant something, out of my own experiences.”

The live version of the song on Rattle And Hum features sweeping backup vocals by a New York gospel choir.

The Joshua Tree sold 12 million copies worldwide and made U2 superstars. In the wake of its success, PolyGram subsequently bought Island Records to acquire the band.