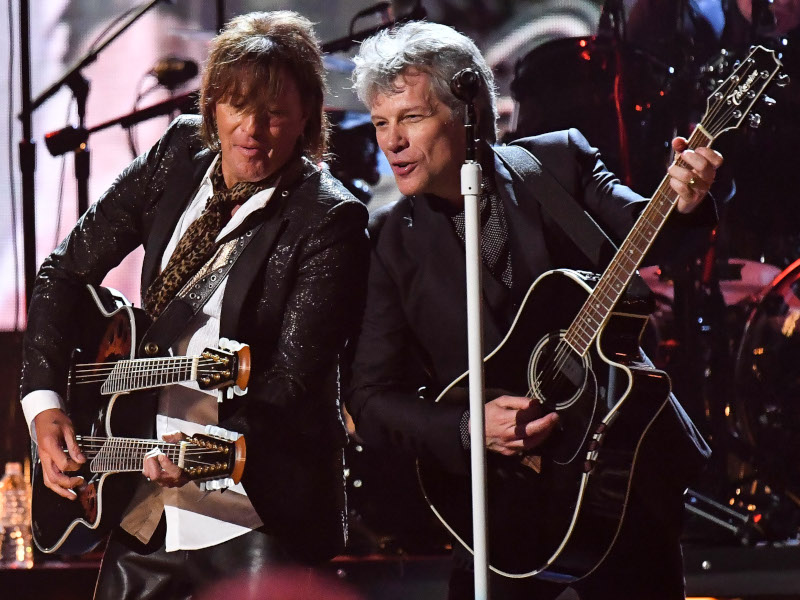 Richie Sambora Hints At A Bon Jovi Reunion At Glastonbury

It's looking like fans can expect Richie Sambora to return to Bon Jovi in some capacity. Blabbermouth reported on Monday (November 7th), the band's former guitarist appeared in London on the red carpet of The Music Industry Trust Awards. While chatting to Metro, he was pressed as to whether might perform with his former-bandmates at their planned 2023 headlining appearance at the Glastonbury festival.

According to the report, "Sambora said with a 'cheeky smile' on his face, 'It's a possibility. We're talking a bit.'"

Sambora left Bon Jovi back in 2013 and reunited with the group for their 2018 Rock and Roll Hall of Fame induction.

On the night he and Bon Jovi were inducted into the Rock Hall, Richie Sambora told us that being in Bon Jovi meant more than making music or going to work: ["One of the hardest things to do is to find four guys with you, that are dedicated — and talented — and are willing to go through the trenches and the cyclitic (sic) changes in the music business and all that kind of stuff — and the tragedies in each other's lives. I mean we've been. . . deaths, married, divorced, this, that. I mean, y'know, it's a family, really. That's what it comes down to."] SOUNDCUE (:21 OC: . . . comes down to)