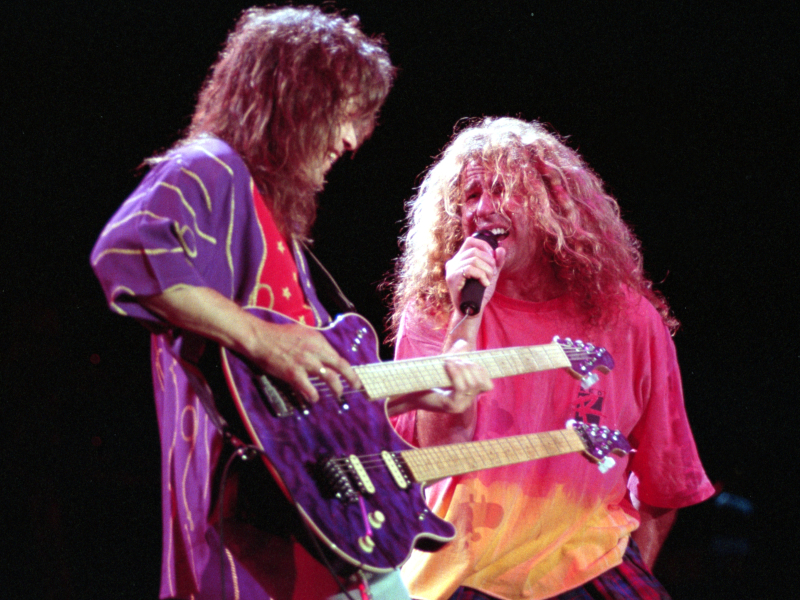 Sammy Hagar shed light on an interesting 1996 Van Halen outtake yet to surface. While appearing on the Kyle Merrideth With. . . podcast, the “Red Rocker” was asked about the second tune he and the band tracked for the Twister soundtrack. As it stood, the 1996 album featured the Van Halen fan favorite, “Humans Being” — along with the Eddie and Alex Van Halen track, “Respect The Wind.”

Hagar was pressed about the other band track that didn't make the cut for the soundtrack: “'Between Us Two' — that's a mid-tempo ballad, almost country, y'know? Not country, but it was kinda like 'Can't Stop Loving You' — not as uptempo. I don't know if I can resurrect it or not, but we've got it. It's done, it's in the archives. They'll find it. They're looking through the archives right now to try and remaster some of the old stuff from my era and they'll find it. That's gonna be a treasure.”